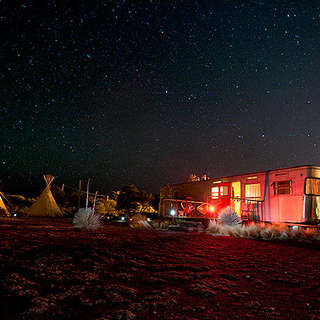 The epitome of glamping. We stayed in a safari ten that was complete with electricity, outlets, and heated blankets. The facilities are exceptionally clean. Try and book a teepee or yurt if you can. 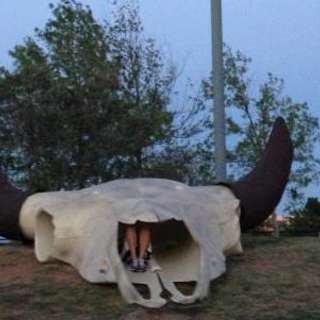 We came here at night so it was hard to see, but still fun as you can climb on top/through the skull. Great photo op! The street that it's on also houses a lot of other interesting looking buildings. I wish we had driven through here during the day.

We stopped here at night so we couldn't get a very good look at it. The plane sits in the backyard of a bed and breakfast. There is no parking so we parked our car at the gas station next door. The owner/artist was incredibly kind and enthusiastic though. He welcomed us through the gate even though it was late and then gave us a tour of his mini gallery inside the bed and breakfast. 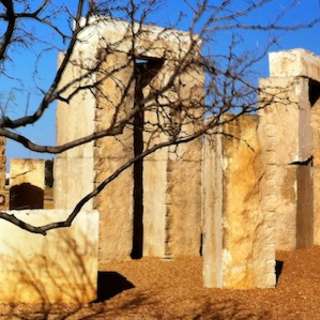 Our GPS first took us to the wrong spot. It's a fun little stop and worth the photo op. The replica literally sits in a parking lot with a giant Home Depot across the street. 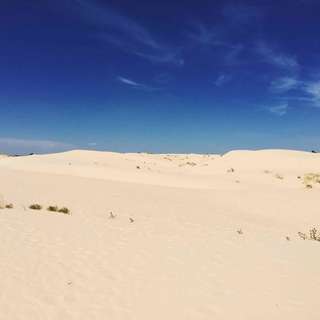 The sandhills were more impressive than I thought. It seemed like they would never end. Make sure you stop at the front office to register your car. We didn't see the sign and got ticketed. 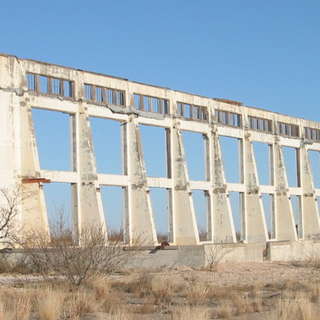 Not sure if the hangar is actually open to the public anymore, but if you're creative you can figure out a way in. The place is definitely abandoned as there were animal droppings everywhere. The pictures we got are amazing. The base used to hold six hangars, but now only a few walls of one of them remain. You can still make out remnants of 2 propaganda paintings on the outside wall. Even though there's no trace that a plane ever lived here- this base used to store the Enola Gay (the plane that dropped the bomb on Hiroshima). 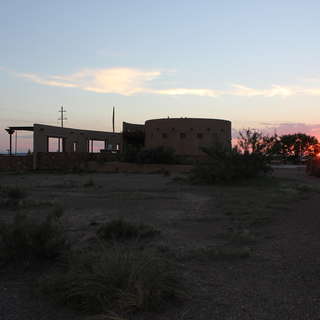 Great place to view stars. Sadly, we didn't see the mystery lights, but the view of the stars was worth it on its own.