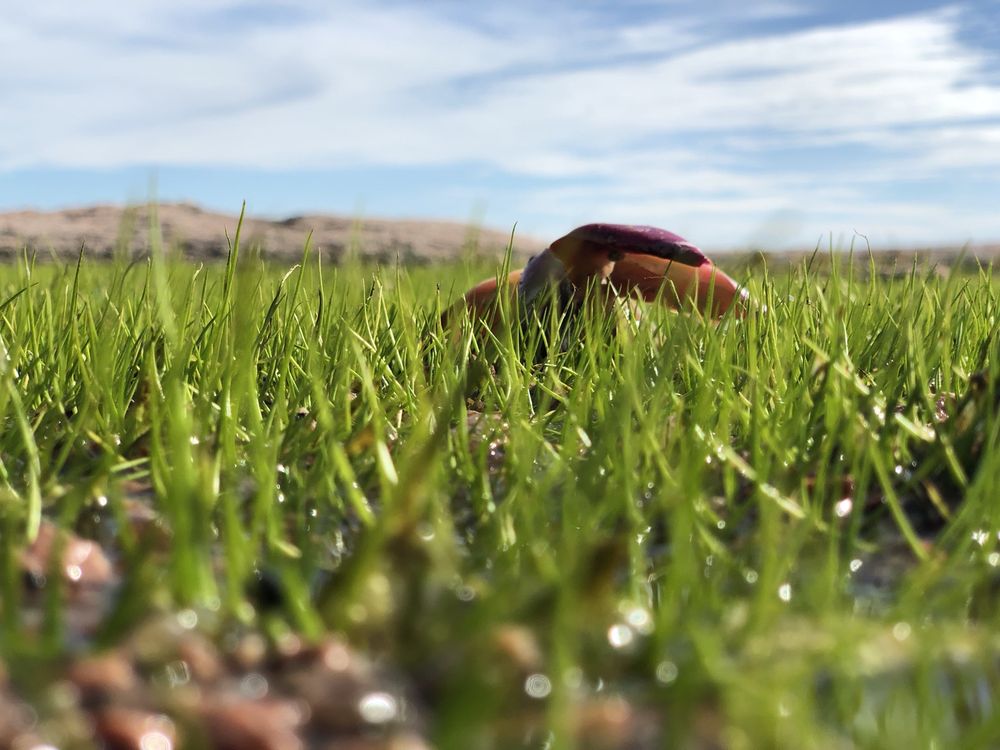 Hill Country is a slice of Texas that's soaked in magic. Something about the combination of natural springs, bluebonnets, small town charm and peaceful wineries is utterly and perfectly dreamy. Hill Country is all about slowing down and really taking the time to fully experience and enjoy every place you visit, whether it's an old-school honky tonk or a museum dedicated to toilet seat art. Uncover the offbeat spots that exude Hill Country charm with this guide to the hidden gems of central Texas!

Before your start your Hill Country adventure, make a quick pit stop at the Grand Central Cafe for a killer burger, which is actually the house used in the iconic horror film, "The Texas Chainsaw Massacre." Thanks to blockbuster films in 1974 through the 2000s, the terrifying "Texas Chainsaw Massacre" story was embraced by horror fans on an international scale. The quaint Victorian house used for filming the original 1973 cult classic, was dismantled and moved to Kingsland, where it now houses a restaurant called the Grand Central Cafe. They make a mean breakfast and tasty sandwiches, as well as a Leatherface Lemonade, which is to die for. They also offer up some cute little Texas Chainsaw Massacre-themed memorabilia as well. There's even a secret bar upstairs, and the waitstaff is super accommodating for pictures and letting you wander around. Despite the directors claiming the films were "based on a true story,” we'll leave it up to you how much you want to believe.

Make sure to pack your swimsuits, because we're starting the road trip to Hill Country's quirkiest hidden gems with a splash. Krause Springs, located just 30 miles outside Austin, Texas, is a popular destination among Texans and tourists alike. Owned by the Krause family since 1955, the 115-acre property is home to over 30 natural springs, in addition to several convenient places to camp via tent or RV. Once you're done cooling off in the refreshing water, swimming under waterfalls and getting in your thrills on the rope spring, take some time to walk through their butterfly display. This place is pure Texas charm!

If you're really looking to get weird, literally, head on over to the Museum of the Weird, located in Austin. We can guarantee you've never been to a museum like this before. While it won't keep you busy for more than an hour or so, the two museum rooms are jam-packed with weird artifacts and bizarre history. There's often an illusionist or performer who will do a little show at the end of the tour. The Museum of the Weird is definitely a little different and on the darker side, with famed and creepy artifacts like the Minnesota Ice Man, shrunken heads, wax dummies of famed Siamese twins Chang and Eng, and other truly odd oddities.

Hey... they don't say "Keep Austin Weird" for nothing.

As you continue South, you'll want to make a stop at Gruene Hall, especially if you like to dance. Even if you don't, line dancing is easy to get the hang of, and you don't want to miss out on the chance to two-step at an authentic honky-tonk. Built in 1878, Gruene Hall is Texas' oldest currently operating dance hall, and as such, it's full of rich Texas history. With over 6,000 square feet of excuses to dance and vintage ads from the 1930s, this joint will have you traveling back to a simpler time, when cold beer and great tunes were all you needed for a perfect night out.

As you travel from New Braunfels and make your way to San Antonio, be sure to make time for Bracken Cave. Trust us. You really don't want to miss what's hidden inside! Bracken Cave is the summer home of more than 15 million Mexican free-tailed bats, making it the world's largest bat colony. For four hours every night through the months of March to October, the bats stream from the cave in spectacular fashion, blotting out the setting sun as they disperse into the night to feed. So many bats fill the sky that the squeaking mass of critters actually shows up on Doppler radar, prompting local meteorologists to excuse the area above the Bracken Bat Cave from their weather estimations.

Despite being portrayed as dark and scary, bats are an essential part of our ecosystem. Unfortunately, they face many threats to survival. Bracken Cave allows you to both see the bats and learn more about their importance. The bat cave is located on private land owned by Bat Conservation International (BCI), and while access to the cave is restricted in order to protect the habitat of the bats, BCI hosts four public viewing nights a month where you can watch in awe as the creatures make their nightly exodus. If you want to witness the incredible site for yourself, make sure to reserve your spot ahead of time, as slots fill up quickly.

Everything is bigger in Texas, and the San Antonio KOA Holiday is no exception. With 300 campsites, plenty of cabins, a massive pool (perfect for those hot Texas afternoons), and 40 acres of space, this campground has it all. From chuckwagon breakfasts to tamale dinners, they're down to show you a good Texas time, and they also feature some pretty sweet amenities. Besides the pool and dog park, you can also catch a shuttle bus right into San Antonio, or hike and bike along the Salado Creek Greenway, which backs up to the property. They'll give you every reason to fall in love with this slice of heaven!

Your road trip to Hill Country's quirkiest hidden gems wouldn't be complete without a stop at the Toilet Seat Art Museum in San Antonio, which is quite possibly one of the strangest museums in the world... in a good way! You haven't seen passion until you've meet Barney and listen to him talk about toilets. Born into a family of plumbers, Barney's story is fun and uplifting.

We're not kidding when we say the Toilet Seat Art Museum offers a better bang for your buck than most standard museums in the country. At 95, Barney is still sharing his passion with the world every day, so be sure to stop by and extract as much wisdom as you can.

What do you get when you mix natural beauty, science, and a splash of history? Cascade Caverns, which are just a few miles south of Boerne, TX. With plenty to explore and lots of entertainment for the entire family, Cascade Caverns is a nice addition to your quirky hidden gems trip. Various tours offer different ways to experience the cave, from old-school lantern tours to epic adventure tours. You'll meet bats, salamanders, and frogs as you wander past domes, stalactites, and an underground waterfall and lake. Seriously, who knew there was a whole other world below Texas?

Located deeeep in the heart of Texas, The Sister Creek Vineyards is about a 30-minute drive from Cascade Caverns, in the small town of Sisterdale, TX. When we say small, we mean it; the town is home to 28 people.

But you don't need a bustling settlement to make great wine. The Sister Creek Vineyards has been delivering one of best wine experiences in Texas since 1988, and has plenty to offer any wine connoisseur. Sister Creek uses a wide variety of winemaking techniques, some of which are unique to Texas, and it also offers some Italian wines. Hill Country is known for being a great place to grow certain varieties of grapes, so a trip through the region isn't complete without a tasting or two!

Next up on your journey, you'll make your way to Luckenbach, just a few miles from Fredericksburg. This Hill Country hamlet is an iconic country music venue that looks like a working Old West town. There's a blacksmith shop, post office, on-site bar shack, dance hall and cotton gin. With a variety of shows and music to choose from (country, folk, bluegrass, etc.), Luckenbach is bound bring out the Texas in ya. Grab a beer and tap your toes to the tunes!

When it comes to making sure you have access to the best of what Fredericksburg has to offer, the Fredericksburg KOA has you covered, making it a fantastic location to settle for a night or three. The well-kept campground offers access to a wide variety of shopping, art galleries, fine dining, and more. Bringing your RV? No problem. Prefer to rough it in the tent? You can do that too. Or, you can always post up in a comfy cabin. Close by the Fredericksburg KOA, you have access to several nationally-ranked wineries, and can delve into the rich history of Fredericksburg itself. Oh, and when camping, remember that weird noise outside your tent is probably just a longhorn... or two.

Perhaps not the type of landscape you'd expect to see when driving through the Lone Star State, Enchanted Rock State Park is a fantastic way to see one of the many "other sides" of Texas. Choose your own adventure with boating, fishing, hiking, hunting and/or rock climbing across the many parts of the park. Enchanted Rock is pet-friendly, too. Legend has it, the Tonkawa Indians named the 425-foot rock "Enchanted Rock" because they believed a Spanish conquistador put a spell on the landmass and turned it into an evil spirit. You'll have to visit to see if they were on to something!

Take a road trip to Hill Country's quirkiest hidden gems, and discover the playful side of Texas, beyond the 10-gallon hats and ranches. Whether it's learning to see the beauty in toilet seats, eating a burger in a house of horrors, or camping out next to cows, there's plenty of strangeness in the Lone Star State. In our experience, Texas is weird. And that's exactly how we like it.

Behind the Yellow Sign at KOA, we combine the great outdoors with great service. We offer modern sites, facilities and amenities designed to meet the needs of every kind of camper. And with 500+ campgrounds across North America, it’s easy to find an amazing place for camping fun!