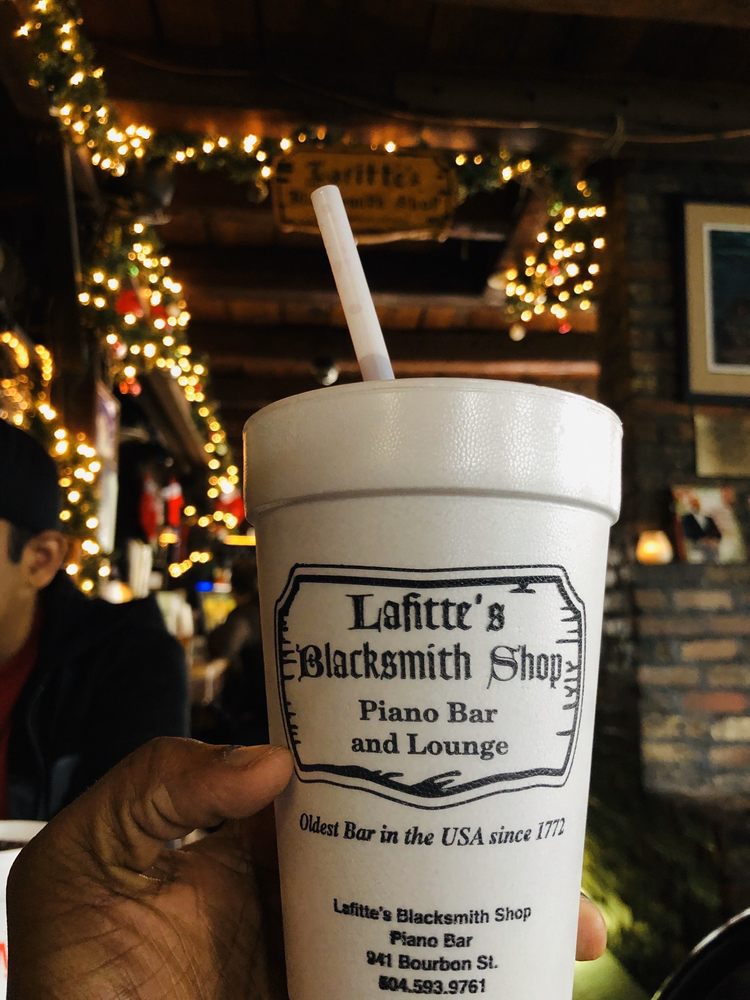 “one of the oldest surviving structures in New Orleans”

Lafitte's Blacksmith Shop is a historic building at corner of Bourbon Street and St. Philip Street in the French Quarter of New Orleans, Louisiana. Constructed in the French/Spanish colony during the early 18th century, it is one of the oldest surviving structures in New Orleans and has been called the oldest structure in the U.S. housing a bar. According to legend, the privateer Jean Lafitte (c.1780–c.1823), aka John Lafitte, owned a business here early in the 19th century. As with many things involving the Lafittes, such as possibly using this place to plot illegal seizures and the sale of contraband, no documentation exists. (It was only after the Lafitte brothers were long gone that Jean's signature was found on a document, finally ascertaining how their family name was spelled: LAFFITE.) It is purported to be one of the more haunted venues in the French Quarter. The name Blacksmith Shop may not be coincidental. Lafitte's associates may have operated a smithy here during the days of reliance upon horses, who had to be shod. Jean's older brother Pierre Lafitte was a blacksmith, and their associate Renato Beluche may have once owned this building. The current business traces its roots to Roger 'Tom' Caplinger, who in the mid-1940s turned the old abandoned shop into Café Lafitte. The cafe became a popular night spot that attracted a bohemian clientele, including the gay community and celebrities like Noël Coward and Tennessee Williams. However, Caplinger never held clear title to the property and the building was sold in 1953. He soon opened a second cafe at the other end of the same block named Café Lafitte in Exile, which maintains that it is the oldest gay bar in the U.S. The building was declared a National Historic Landmark in 1970. It is a rare extant example of briquette-entre-poteaux construction.

Reviewed by
Christina B.

I wanted to like this place more. My friends and I were all so excited to stop in but it was not really what we expected. Part of it was because we were naive about how crazy Bourbon Street would... Read more

Reviewed by
Adam B.

Fun, novelty spot to visit. It's tiny, it's loud, and you have to check it out when exploring the French quarter and Bourbon St! Yup, the hurricane was strong but it was delicious too. Read more

Reviewed by
Lindsey B.

Worth. Every. Minute. Stop what your doing and try to imagine what that purple drank will do when you are relaxing pool side while on vacay in NO!! (Very helpful, if you take your drinks to-go... Read more