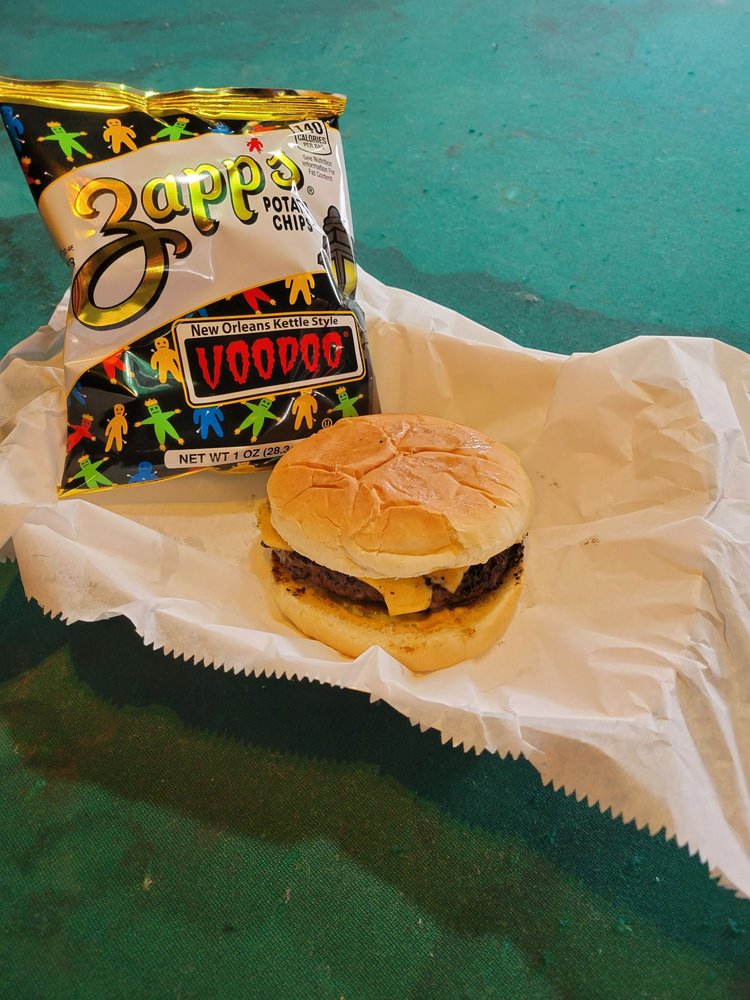 “home of the soul burger”

Earnestine and Hazel's is famous for being one of the country's best dive bars... and one of the country's most haunted, too. The joint has a storied past, naturally. It started off as a pharmacy owned by Abe Plough, who found success making a hair straightening concoction and Coppertone sunblock. He sold the pharmacy to Earnestine and Hazel, two hairstylists who worked above the business. They turned it into a cafe that hosted blues legends like B.B. King, Tina Turner, Aretha Franklin, Ray Charles, Sam Cook, and Chuck Berry – thanks to the nearby Club Paradise, which was run by Earnestine's husband. The cafe closed in the 1970s, but was reopened as a bar in the 1990s. It's since become famous for its soul burgers, live music, and ghostly jukebox. As the story goes, a group of ladies celebrating a friend's divorce were mysteriously serenaded by the jukebox with “D.I.V.O.R.C.E.” by Tammy Wynette. According to another legend, as soon as a customer finished telling a story about a coworker who vomited in a cab, the jukebox turned on and began playing “That Smell” by Lynyrd Skynyrd. Don't be afraid to ask a bartender about their otherworldly experiences at the bar... if you're prepared for some really creepy stories, of course.

This is the type of place where you can come in quickly to grab a bite and drink. It is not fancy at all. This place is the definition of a dive bar. Customer Service was good and I was told the... Read more

If you like dive bars then this is the place for you. From the outside, it doesn't look open. It's a mixed group from older adults to college students. Decent beer selection. Cover band playing... Read more

Bar was recommended by a local or we never would have known about it. Famous for burgers & the history of the building. The bartender made us feel very comfortable & welcome. She had a great... Read more