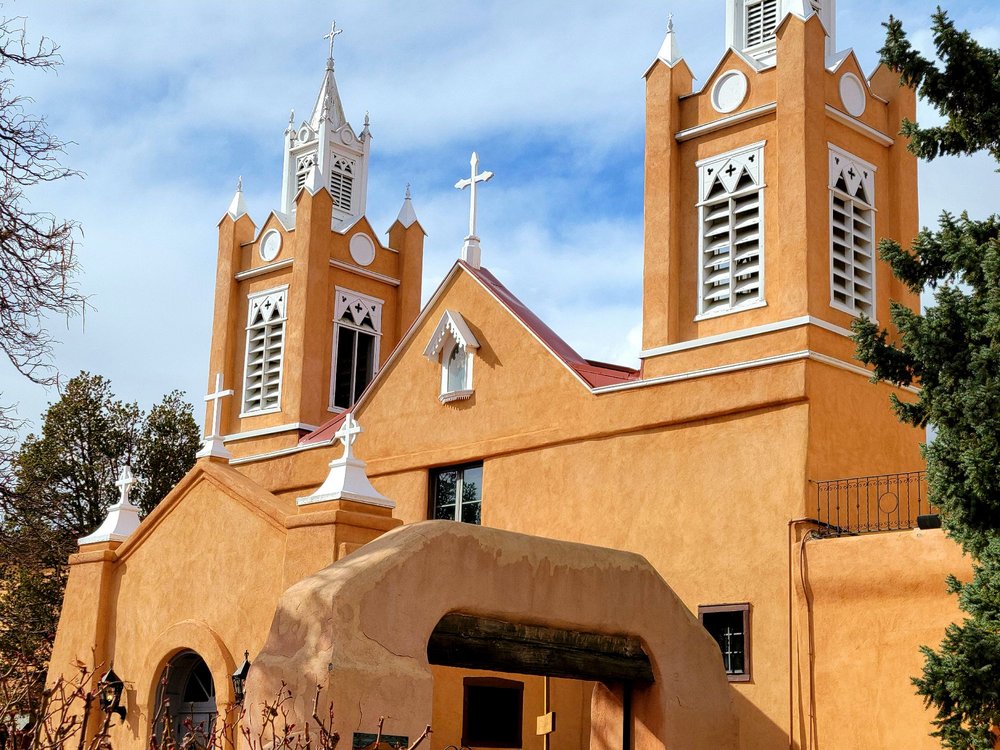 Historic Old Town has been the heart of Albuquerque since the city was founded here in 1706. Today, historic Old Town Albuquerque is the city's cultural center, with five museums and more than 100 shops, galleries and restaurants. Old Town was the first neighborhood in 1706, when a group of Spanish families settled here, not far from the Rio Grande. The settlers organized their new town in the traditional Spanish colonial way, with a central plaza anchored by a church. When the original adobe church collapsed after the long, rainy summer of 1792, they rebuilt, and in 1793 San Felipe de Neri church was completed. Today, this adobe church with walls five feet thick is the oldest in Albuquerque and its white towers mark Old Town from a distance. It remains a functioning Catholic church, and as you wander around the neighborhood you may see couples posing for wedding pictures in the Plaza's gazebo. More than 300 years after it was founded, Old Town remains a center for culture, architecture, shopping, art and cuisine.

Well preserved area with some history, lots of shops, coffee houses and cafes. It's so pleasant on this early June day. We found a shop with handmade items by an Indian family on San Felipe... Read more

Another great stop while driving across the states. I loved the nighttime walk-through in old town. We came across some really cool stores, including the park area. I would really like to come... Read more