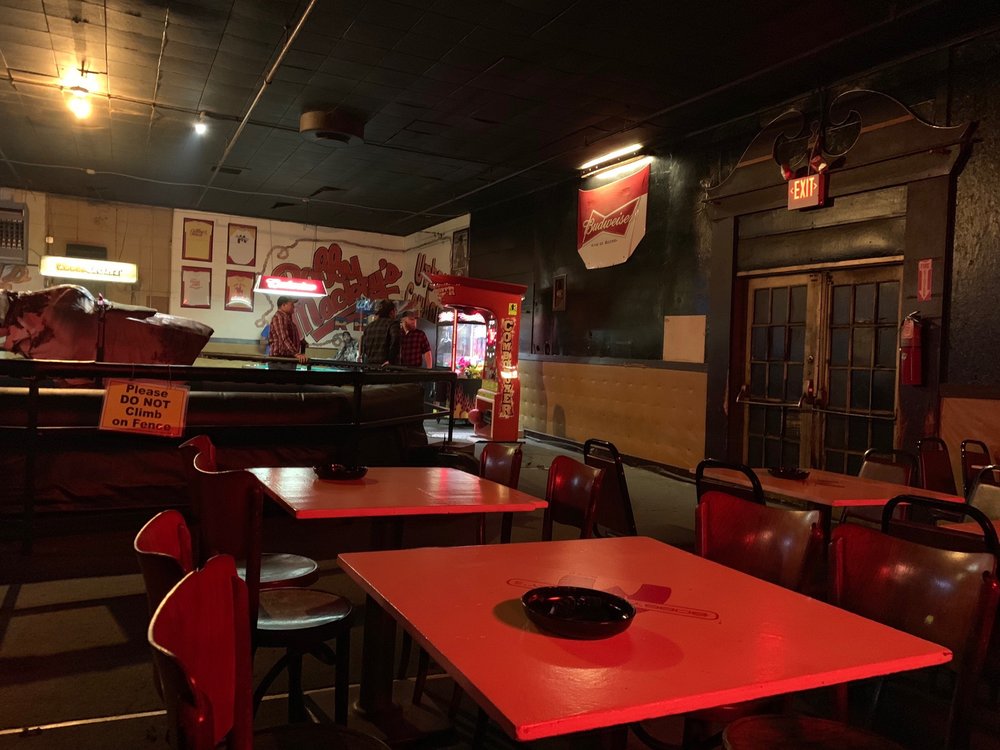 “The way it was is still the way it is”

Bobby Mackey is a traditional country music singer whose career has spanned 40 years. His musical style can be described by his loyalty to Hank Williams, Merle Haggard, George Jones, Buck Owens, Conway Twitty and Johnny Paycheck, and is the foundation for his musical success. Mackey opened Bobby Mackey's in September 1978 in Wilder, KY along the Licking River, next to the same railroad track that he worked in his youth). The nightclub's slogan "Come for the ghosts, stay for the music" became a popular quote as the club's popularity began to rise. Bobby Mackey's has been featured on network television shows such as Ghost Hunters, Ghost Adventures, Most Terrifying Places in America, My Ghost Story, and A Haunting. USA Today Quotes Zak Bagans of Ghost Adventures as saying Bobby Mackey's is "one of the 10 most haunted places in America." Before it became a famous bar, the building was used as a slaughtering plant which supplied meat to to Northwestern Kentucky and nearby Cincinnati. Years after the slaughter house closed, rumors circulated that the building was secretively being used by a practicing satanic cult. Purportedly, humans and animals were being used as sacrifices during dark rituals. The dark energy surrounding Bobby Mackey's was further substantiated by the earlier history of the building dating back to 1896 when the body of a young girl was found a short distance from the building. The young girl, known only as Pearl, was found pregnant and decapitated and dumped in a field. During their investigation, police discovered that Pearl's boyfriend, Scott Johnson and an accomplice had attempted a failed abortion on the girl. They later removed the girls head with the hopes that, without it, the headless body would deter the police from discovering her identity.   These are only a sampling of the reasons Bobby Mackey's has been labeled one of the gateways to Hell by paranormal investigators.  Enjoy Line dancing and Karaoke during Band Breakson Greater Cincinnati Liveliest Country Dance Floor. Welcome to the Official web site of Bobby MackeyGreater Cincinnati's Hottest Country NightclubThe Longest Continuous Running Country Night Spot in Cincinnati! Bobby Mackey & The Big Mac Band, D.J. Wanda Karaoke, Turbo Bull Rides With Hourly Ghost Tours.The Way it Was is Still the Way it Is

So, this place is exactly as you'd expect it - so just know what you're heading into. It has country line dancing, pool tables, a mechanical bull and a variety of other games and attractions to... Read more

Reviewed by
Dianna B.

I had no idea that this place was so close to my Father in law's home. The only reason I know about Bobby Mackey's is Ghost Adventure's, so yea, I'm part of THAT crowd. My original thought was... Read more

Hosted a private party at Bobby Mackey's and we had the best time! The staff and owners were so welcoming and friendly. We loved hearing about the history of the building and the paranormal... Read more