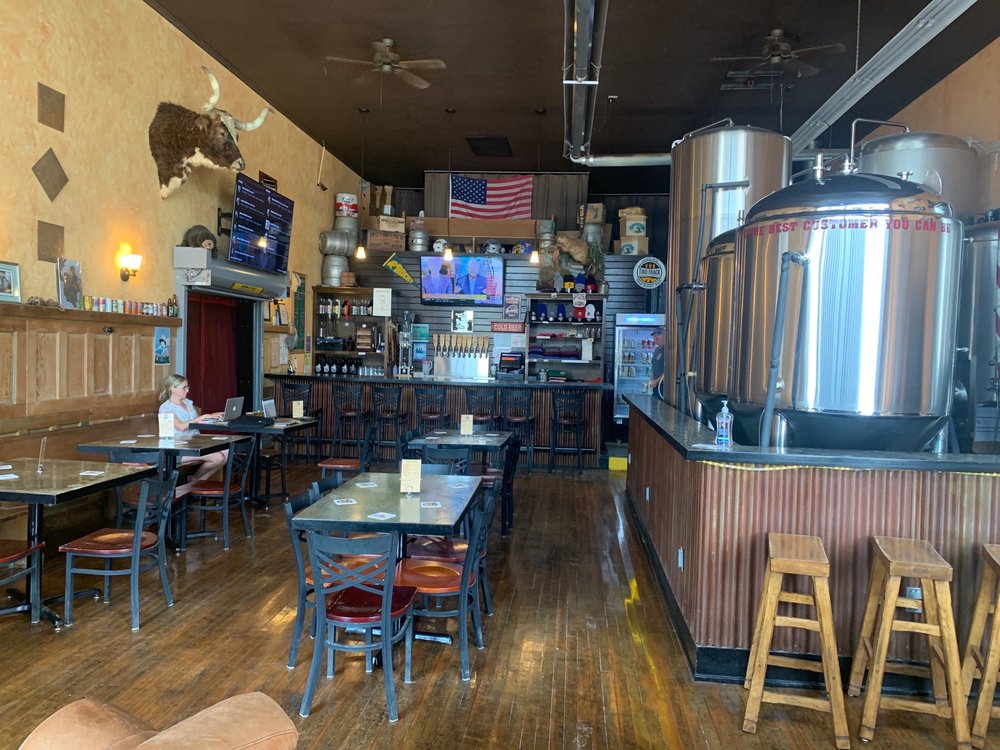 “Stop in and say hi”

Jim Devine and Sandon Stinnett were longtime eastern Montana home brewers who kept getting high praise for their handcrafted beers. “You guys should open a brewery!” was a constant refrain, and eventually they looked at each other and wondered, “Is this possible?” They decided it was possible, and from there it became inevitable. With the help of co-owner Russ Houck, Jim and Sandon bought and refurbished an old, long-unused building in downtown Wibaux (Pop. 461). Once they had the building cleaned up and structurally sound, they set to work on decorating and moving in their brewing equipment. Named for the small creek running through Wibaux, Beaver Creek Brewery opened its doors in summer 2008 with six beers on tap, plus root beer. Since then, BCB has grown in popularity, becoming a regional destination for connoisseurs of beer, music and good times. The next time you’re in our neck of the plains, stop by and say hi. We always say, “Our Beaver Tastes Better!” and we love it when people come in and find out for themselves!

Very nice staff they make your stop fun. Try the Beer bread it is wonderful to say the least. Try the Rusty beaver Beer it is Very tasted as well! We will be back each year going to west coast. Read more

Reviewed by
Tony B.

This place was a great find! We had overlooked it because this app said it was closed. It's actually open seven days a week noon to eight but only have good Thursday through Sunday. FYI The beer... Read more

Reviewed by
Cayleigh B.

This place was excellent! After leaving the Shamrock because of their rude staff we decided to walk a crossed the street since we had never been here. We sat at the bar and was served by the... Read more