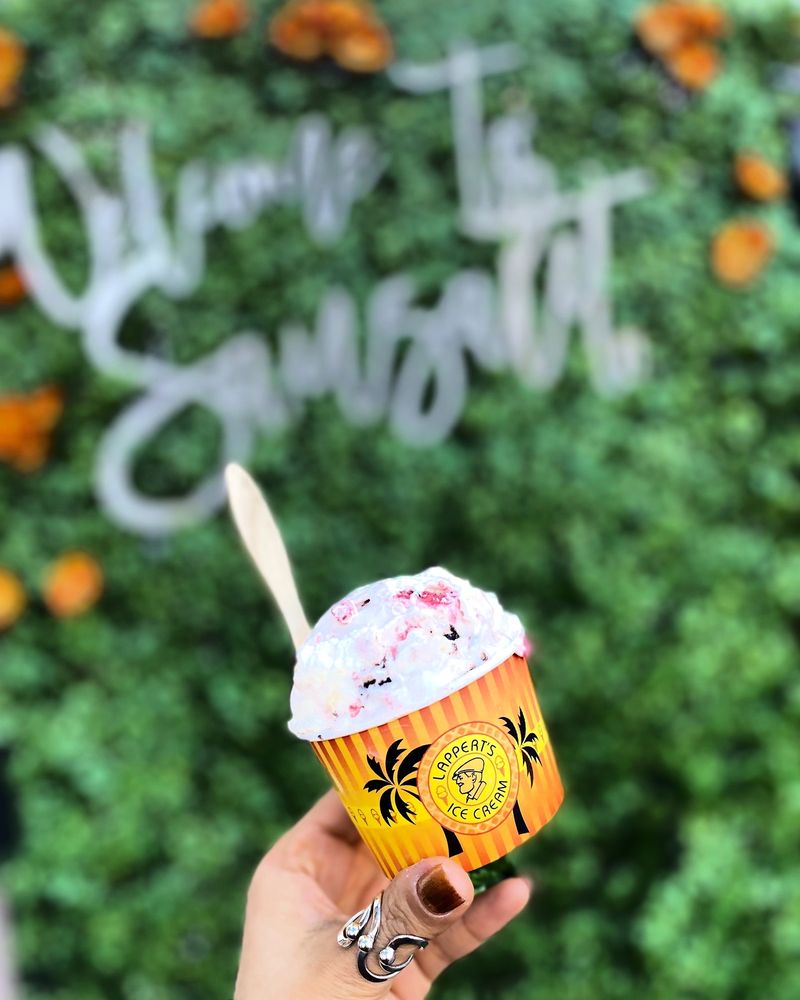 The first thing to remember about eating ice cream in the sun is that it melts fast. In the warm summer breezes, it not only melts fast - it sells fast. No small credit is due Walter Lappert, the man at the helm of a thriving cottage industry that began as a little shop for the "golden years" of his retirement. His first batch of ice cream was created on the island of Kauai on December 21, 1983, right after that Walter helped his son Michael open a manufacturing facility in California. ​​Outside of the state of Hawaii look for the Lappert's logo identifying our ice creams and coffees, which are sold through company shops and in hotels and retail outlets in the California, and Nevada. Our hand made ice cream is "super-premium", containing 16 to 18 percent butterfat, compared with the average of about 10 percent in most ice cream - and we base many of our flavors on ingredients from far away and exotic places. "Kauai Pie", for instance, is a mixture of coffee ice cream, chunky macadamia nuts, coconut, and chocolate fudge. You can also indulge in such flavors as Guava Cheesecake, Kona Blue Espresso and Manila Mango.

Reviewed by
Kaitlyn B.

Okay so I looove their ice cream but I haaate how this shop is organized. We stopped by late Sunday afternoon after strolling around Sausalito and grabbing some food. There is ALWAYS a line here... Read more

I came here on a busy Saturday and there were lots of people here but they also got through everyone quite quickly! I was pretty impressed by how there were 4 lines and all of them seemed to go... Read more

A little taste of Hawaii is always E komo mai, or welcome as we say here on the mainland, at Lappert's Ice Cream. Located along Bridgeway in the heart of Sausalito's main business thoroughfare,... Read more