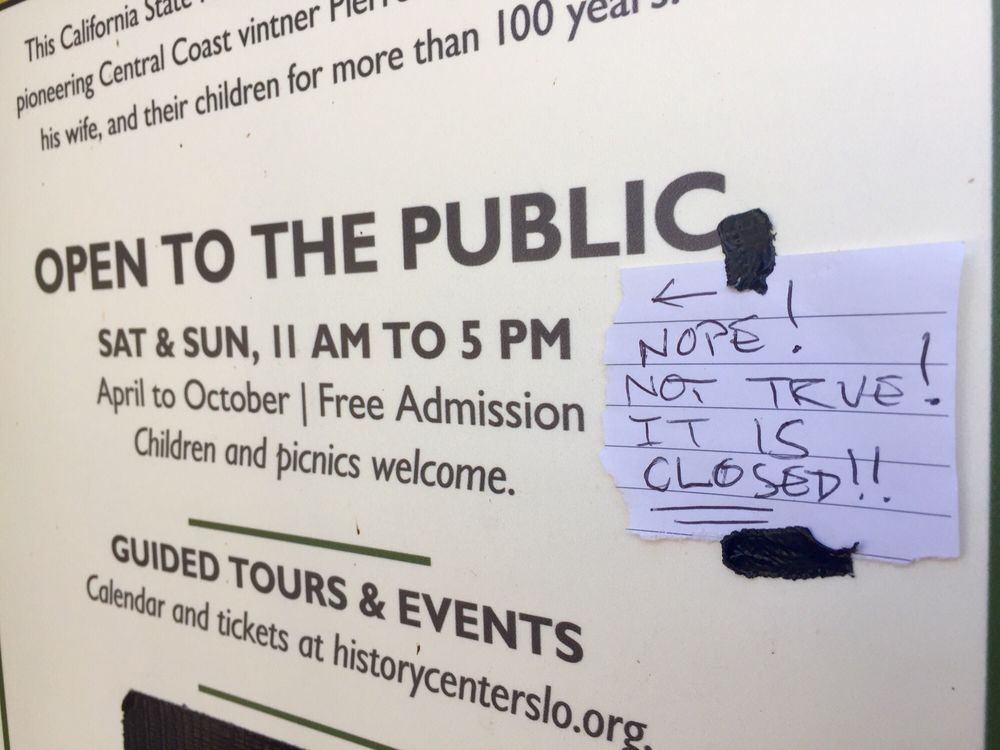 Designated California Historical Landmark #720, the 1850’s adobe was home to Pierre Hypolite Dallidet, his wife Maria Ascension Salazar and their seven children. Pierre was the first commercial vintner in the area. The Dallidet Adobe was acquired by the San Luis Obispo County Historical Society in 1953 from Paul Dallidet, youngest son of Pierre and Ascención. Feeling that he wanted to preserve what his parents had founded, Paul deeded the property to the then newly formed Historical Society exactly 100 years after his father arrived in San Luis Obispo. Paul resided there until he passed away on February 23, 1958, just months before his 87th birthday. Currently, the Dallidet Adobe & Gardens, owned and operated by the History Center of SLO County, is open to the public for educational tours, events, and weddings.

This place is a must see if you are in SLO. Where else can you walk in an 1800's house that was actually lived in AND on the original site? Talk to the docents as they have a lot of info. You... Read more

Their website says they're open. Even the sign on the front gate says it's open. I made a special trip to come here. And the fact is it's CLOSED. No explanation given. It looks pretty back in... Read more

This is such a lovely place to visit if you have the time! It's right next to historic downtown which has tons of cute streets and shops (plus some great restaurants if you want to grab a bite).... Read more