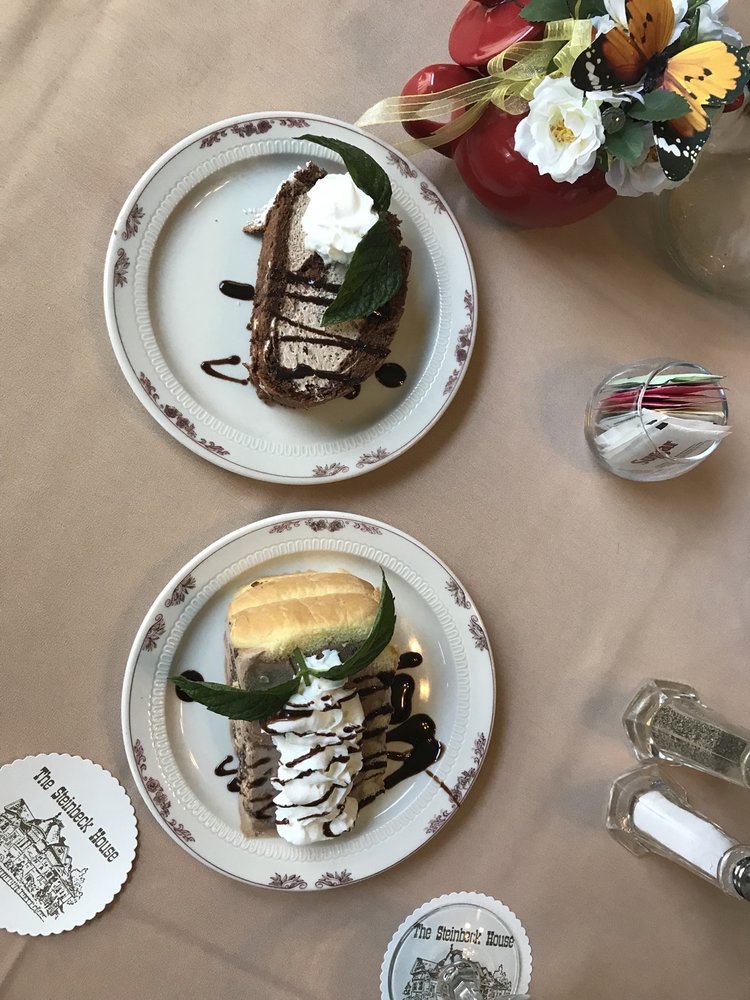 Located in Nobel-prize-winning author, John Steinbeck's home. This historic landmark is operated by an all-volunteer organization, the Valley Guild, featuring a weekly Prix Fixe menu is served by ladies in period costume. Wine & beer are served and monthly teas with ladies in silly hats are a highlight. Cost: Inexpensive Hours of Operation: 11:30am-2pm, Tuesday-Saturday This Queen Anne style Victorian was the birthplace and boyhood home of author John Steinbeck.  Built in Salinas in 1897, the Steinbeck family moved into the house in 1900.The Valley Guild was formed by eight enthusiastic women who shared a common interest in gourmet cooking and wanted to showcase Salinas Valley produce.  The volunteers of Valley Guild purchased and renovated the house.   It was opened to the public as a restaurant on February 27, 1974 —the 72nd  anniversary of John Steinbeck’s birth.  The house is operated by volunteers with a minimum of paid staff, and recently celebrated the 38th Anniversary.  Oprah Winfrey and members of her book club visited the Steinbeck House in September of 2003.  Her show was filmed on the front lawn of the House. April 1995 E Clampus Vitus designated the house as a literary landmark. August 2000 listed on the National Register of Historic Places.Many Steinbeck family pictures and memorabilia decorate the walls.

Excellent service and wonderful food in beautiful surroundings. What a treat to be able to dine in the childhood home of one of America's greatest writers! Read more

What a lovely visit! I stopped by the bookstore but didn't have a meal since I was still full from my breakfast. Everyone there was so sweet and lovely. If you are a Steinbeck fan or interested in... Read more

Reviewed by
Roy A.

Driving home to San Francisco we stopped at Soledad to recharge and looked for a place for a quick lunch. The wife found The Steinbeck House so we called and made reservations. We parked in the... Read more