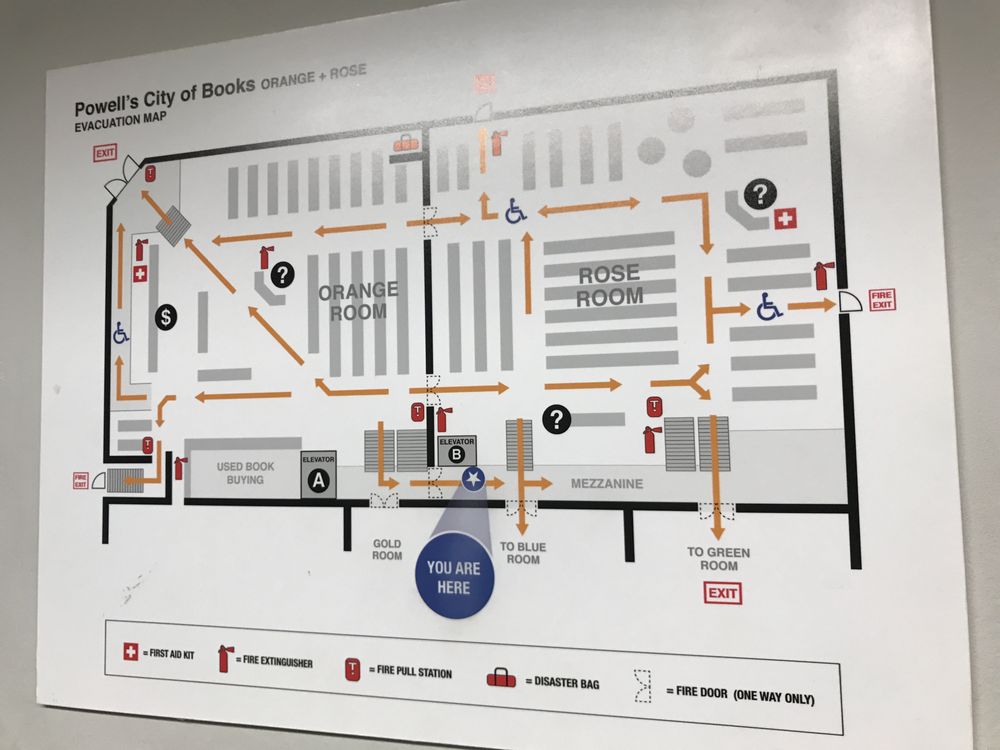 From humble storefront beginnings in 1971 on a derelict corner of northwest Portland, Oregon, Powell's Books has grown into one of the world's great bookstores, with five locations in the Portland metropolitan area, and one of the book world's most successful dot-coms, serving customers worldwide. Powell's roots began in Chicago, where Michael Powell, as a University of Chicago graduate student, opened his first bookstore in 1970. Encouraged by friends and professors, including novelist Saul Bellow, Michael borrowed $3,000 to assume a lease on a bookstore. The venture proved so successful that he managed to repay the loan within two months. Michael's father Walter, a retired painting contractor, worked one summer with Michael in the Chicago store. He so enjoyed his experience that upon returning to Portland he opened his own used bookstore. Walter swamped his original location by buying every marketable used book that came through the door, finally pushing the whole operation into a former car dealership. The old car dealership has undergone many transformations, and Powell's today looks little as it did when Walter opened his shop in the early '70s. Michael joined Walter in 1979, creating a bookstore with a unique recipe that, though viewed as unorthodox, worked: Used and new, hardcover and paperback, all on the same shelf, open 365 days a year and staffed by knowledgeable and dedicated book lovers. Michael says, "In the used book world, mixing paperbacks and hardbacks was not so much of a stretch, but when my dad had the idea of bringing in new books too, I had no sympathy. Used and new on the same shelf? It seemed crazy." However, Michael concludes, combining books "had synergy way beyond what we expected. If you put all the new books in one store and all the used books in another, each wouldn't get half the total business — they drive each other." Six stores and several expansions later, Powell's went online in 1994, and experienced immediate success. Within two years, Powell's entire inventory was listed on the web.

Reviewed by
Mary B.

AMAZING-eat book store E V E R !!!!! One could spend literally hours here. It takes up an entire block with 5 floors clearly labeled for whatever type of book you are looking for or just seeing... Read more

It felt like if Costco only sold books... no soul just a big warehouse of new books to sell. It is just too much to even handle, parking near there is terrible your car will be lucky to still... Read more

I found this while researching things to do in Portland before left for vacation. This was one of the things to do. The largest bookstore that I had previously been to was borders. It had two... Read more