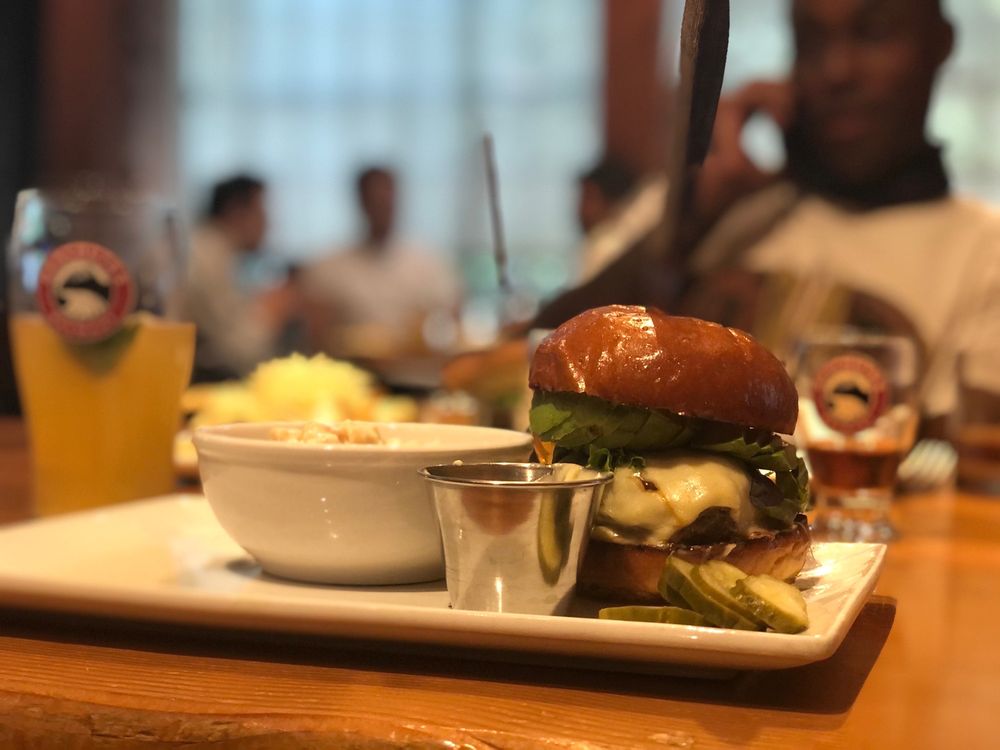 “courageously crafting beer in Oregon since 1988!”

Deschutes Brewery’s Portland Public House has become a destination for great beer, delicious food and a relaxed urban atmosphere since it opened in the Pearl District in 2008. The pub’s distinct Northwest style brings a taste of Central Oregon to the heart of Portland, and its 18 taps feature Deschutes Brewery staples and seasonal favorites, as well as a selection of experimental beers developed and brewed on-site.

This has to be my favorite bar IN THE WORLD. The ambience is freaking amazing. I love the setting, service, grub, and OBVIOUSLY the beer! As a disclaimer, I came to the bar a lil tipsy lol, but... Read more

Wow, this place is poppin' on a Sunday evening and for good reason! My friend and I easily got a table and started off with beers. I tried the Twilight Summer Ale, which is actually seasonal. It... Read more

Service was fast, staff was really nice, and the drinks were delicious! However, the food is pretty expensive for being just OK Read more