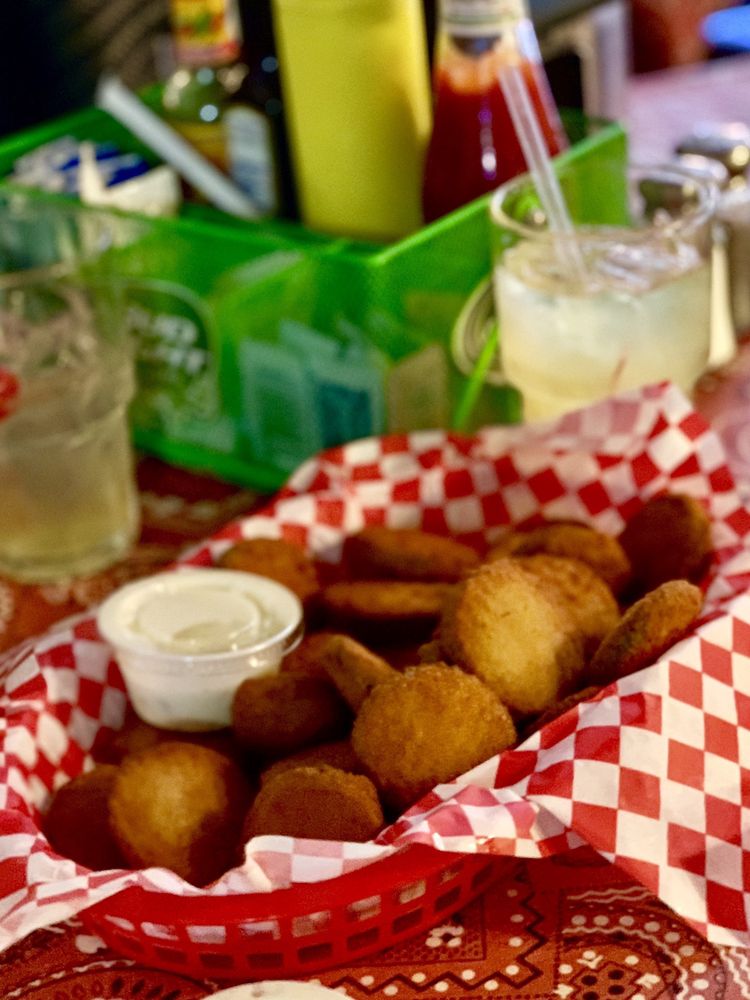 “allegedly haunted, with a hollywood history”

Full service restaurant and bar located in the historic gold mining town of Oatman, AZ. Good eats and drinks, as well as museum information on Clark Gable. In 1921, a fire burned down many of Oatman's smaller buildings, but spared the Oatman Hotel. Built in 1902, the Oatman Hotel remains the oldest two-story adobe structure in Mohave County and a Mohave County historical landmark. It is especially famous as the honeymoon stop of Clark Gable and Carole Lombard[9] after their wedding in Kingman on March 18, 1939. Gable fell in love with the area and returned often to play poker with the miners. The Gable-Lombard honeymoon suite is one of the hotel's major attractions. The other is "Oatie the Ghost." Actively promoted by the hotel's current owners, "Oatie" is a friendly poltergeist whose identity is believed to be that of William Ray Flour, an Irish miner who died behind the hotel, presumably from excessive alcohol consumption. Flour's body was not discovered until two days after his death, upon which it was hastily buried in a shallow grave near where he was found.

5 stars for everything but the political propaganda. Enjoyed the food. Enjoyed the place. Loved the donkeys. Left some dollars of our own. Will go back for sure! Read more

The historic Oatman Hotel is actually a restaurant and ice cream/souvenir shop. It's best to break this one down: RESTAURANT - The service was verrrry slow. Yes, I should have been very aware... Read more

Worth a stop if you're in Oatman! UPSTAIRS: -Make sure you check out the hotel room where Clark Gable and Carole Lombard spent their wedding night. It's visible through the door. It's more... Read more