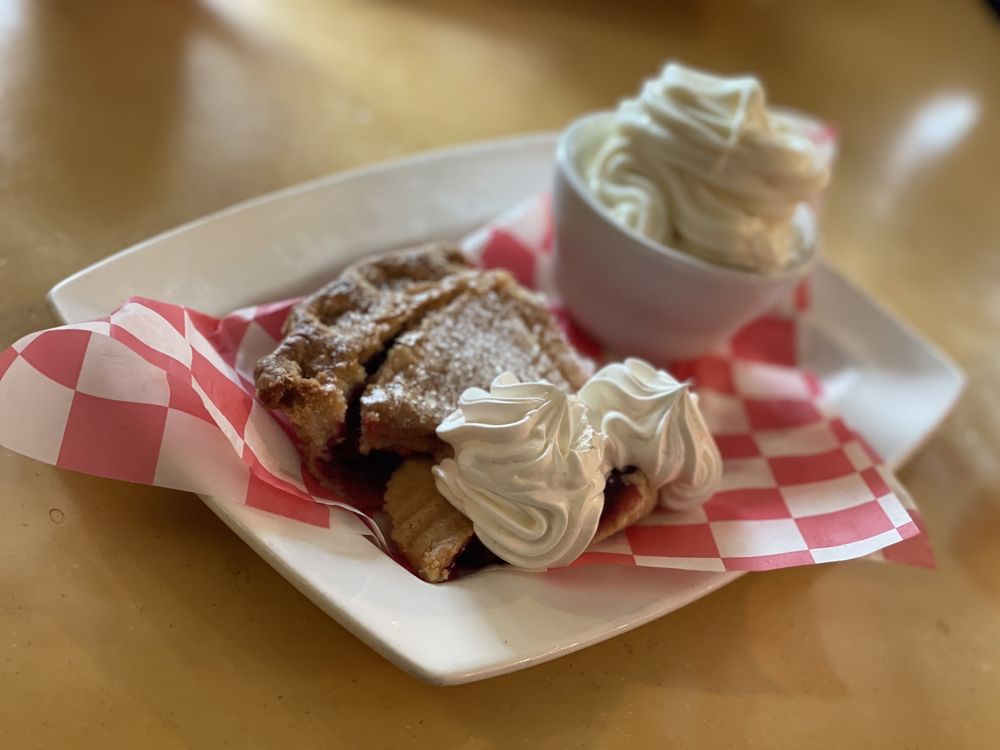 The filming location for the cult TV show, Twin Peaks. The Double-R Diner. At Twede's, almost everything is made from scratch and from the best quality ingredients we can find. Oh, and we still have "Twin Peaks" cherry pie and "A damn fine cup o' coffee!". The building was built in 1941, by Roy Thompson, and is still owned today by members of the family. As Thompson’s Cafe, it saw WW II, the Depression, and the boom of the timber industry. In the 1950′s, the business changed hands and became known as the Mar-T Cafe, continuing to be a regular stop for over the mountain pass travelers and locals. Then, in 1990, on a scouting trip to find a location for his new movie/pilot /series, David Lynch found the setting of this cafe and further the whole Snoqualmie Valley, Perfect! He then filmed the now famous TV series "Twin Peaks"  immortalizing the cafe’s cherry pie and “Damn fine cup o’ coffee!”. Today the cafe is known as Twede’s Cafe, renown for great food, and plenty of it! A fire in the year 2000 closed us down for a while, but the cafe has since been remodeled and is now part of “Historic downtown North Bend”. With our Great Burger variety, our Big Breakfasts and Home-Style Dinners, “No one ever goes away hungry!”

Reviewed by
Christy A.

Hostess and Waitress were good I wouldn't recommend this place because the rest of the staff overshadows the good ones with poor customer service and garbage personalities The food is good but... Read more

I was excited to try this place again because I saw it was under new ownership. North Bend is in desperate need of a great breakfast spot, unfortunately, this is not it for me :/ There are so... Read more

Visiting from another state and Twede's Cafe/RR was high on my list of to do's! Overall the experience is about what you'd expect for a diner in a small town. The menu was really sizable with... Read more