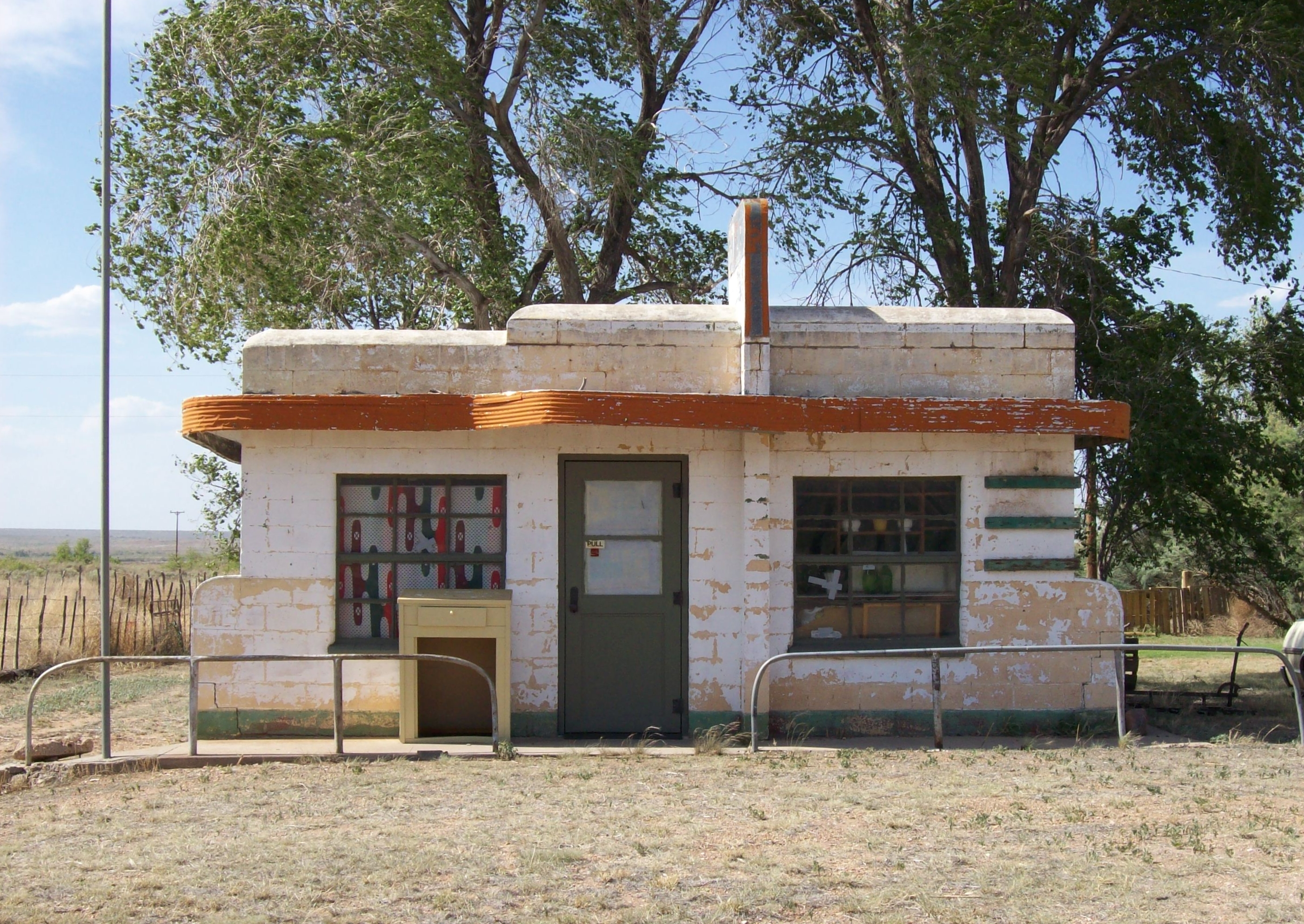 This place is on private property. Listing for informational purposes only. Please do not visit without express permission from the land owner. Glenrio, formerly Rock Island, is an unincorporated community in both Deaf Smith County, Texas, and Quay County, New Mexico, in the United States. Located on Route 66, the ghost town sits on the Texas/New Mexico state line. It includes the Glenrio Historic District which was listed on the National Register of Historic Places in 2007. The community was founded in 1903 as a railroad siding on the Rock Island Railroad. Its name comes from Scots "glen" + Spanish "rio" (meaning "river"). Originally a railroad town, the village was renamed from Rock Island to Glenrio by the Rock Island and Pacific Railroad in 1908 and began receiving motorists on the dusty Ozark Trail in 1917. Its original structures were adobe buildings. The circa-1910 Angel House was in New Mexico. The Ozark Trail was incorporated into U.S. Route 66 on November 11, 1926.   By the 1930s, U.S. Route 66 in Texas was a paved two-lane road served locally by several filling stations, a restaurant, and a motel.

Was a little sketched out cause one of the abandoned buildings seemed to have someone living in it as well as some dogs barking the entire time!

Reviewed by
A. Crews

This little town is there but covered in do not trespass signs. Not really that cool to be honest.

Definately do not exit early to see any potential "town" or you'll find yourself on probably the only route 66 gravel road left. There are abandoned buildings, which are cool. There is an occupied house behind one of the abandoned buildings. You can also see the abandoned railways.if you take the gravel drive down route 66 the are multiple railway bridges and old bridges to drive over. Those were cool. It was a quiet break from the hustle of I-40

Be the first to add a review to the Glenrio Historic District.