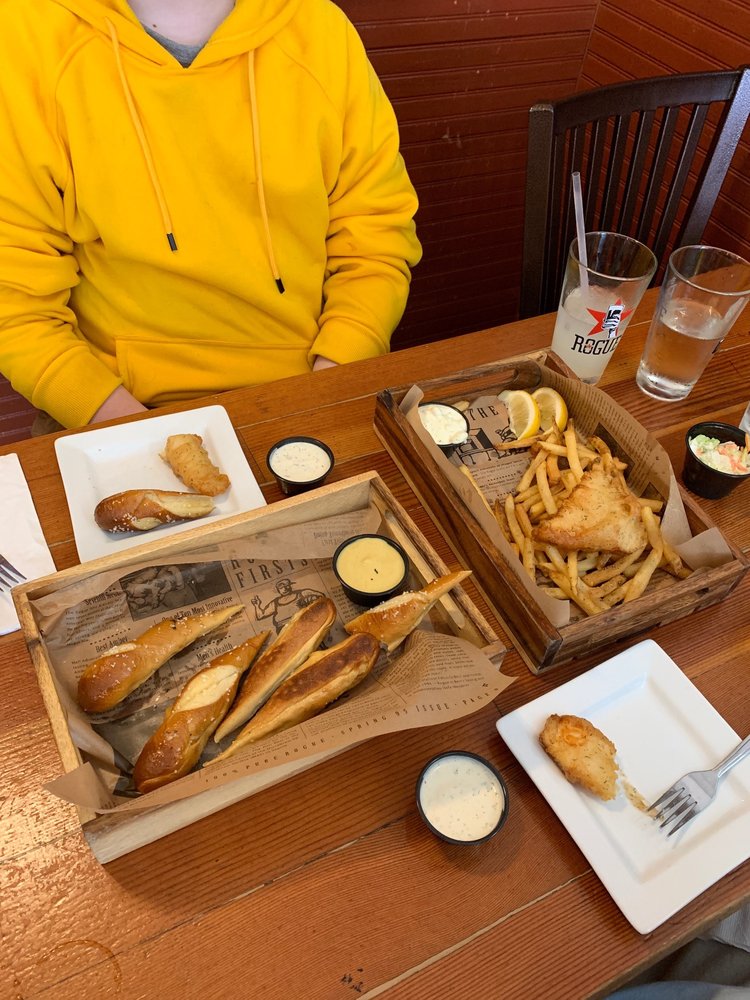 Rogue Ales Public House, originally named the Bayfront Brewery, was established in May of 1989. Rogue brewed its Ales within the Bayfront Brewery until 1992, when "Howard", the 15 barrel brew system was carried across the Newport Bay to the current location. The old brewery was converted into a poolroom which the locals call the Crustacean Stacean. Outside seating and 35 taps.

We have tried Rogue before in Astoria, Oregon. We came to Newport as we have not been here together before. My wife and I decided to have lunch at this location. The atmosphere was very relaxing.... Read more

This was really yummy, I got the fish and chips and they were sooooo good! I will definitely come back. Read more