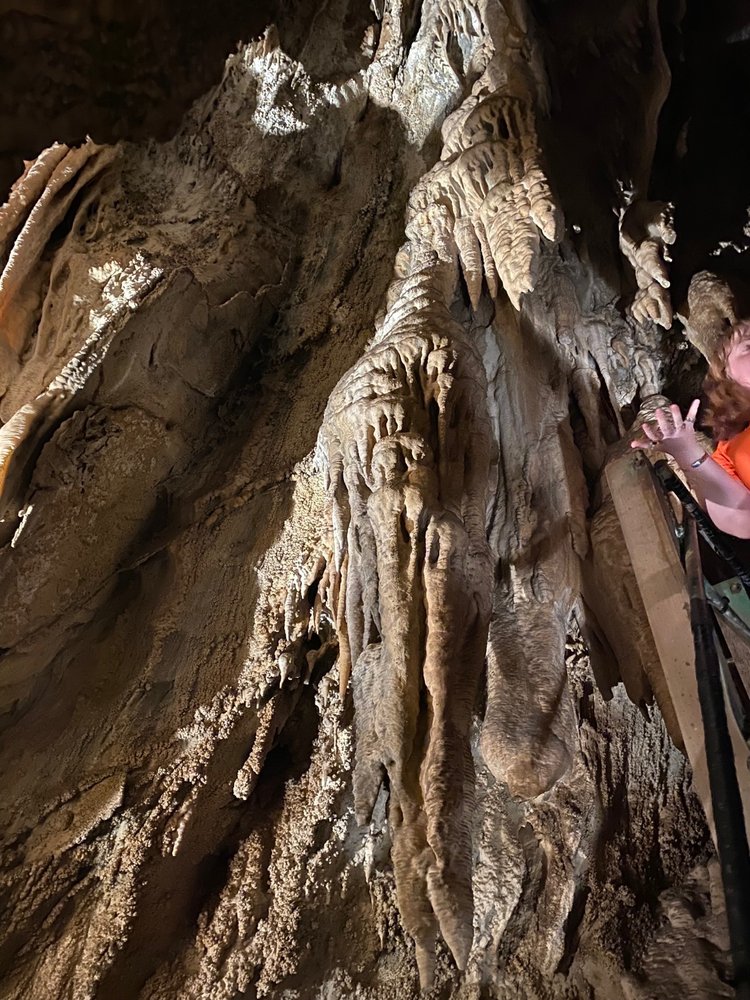 “Some of Nature's most beautiful artistry”

Discovered on Sept. 1, 1885, by Walter J. Mercer, Mercer Caverns is one of the oldest continuously operating show caves in California. Designated as a California Point of Historical Interest on August 2, 1985, Mercer Caverns is nestled in the heart of the California Gold Country near the historic gold mining town of Murphys. Mercer Caverns is a subterranean showplace containing some of Nature's most beautiful artistry. As one descends into Mercer Caverns you will behold a wide variety of speleothems including, cave coral, flowstone, a vast array of stalactites and stalagmites including delicate soda straws, large draperies over 9 feet long and 2 feet wide called Angels Wings, and the world famous Aragonite Flos Ferri for which Mercer Caverns was awarded a Grand Prize from the 1900 Paris World's Fair. A tour of Mercer Caverns will take one down 160 feet below the earth's surface by way of lighted walkways and stairs through several chambers the largest of which is the Gothic Chamber at 200 feet long by 60 feet wide and 58 feet high.

This was an interesting place to stop by in the area, especially if you haven't been in a cave before. Admission was $19/person for a tour. The cave is quite deep so there are ~16 stories of... Read more

Mercer Caverns is literally & figuratively a cool site to explore in the town of Murphys, which was sweltering when we visited. It's crazy how the inside of a cave can be humongous but make you... Read more

Reviewed by
Stacy B.

Very cool and beautiful caverns. Our tour guide was informative and entertaining. Lasted 1 hour. Stairways were steep and narrow, but easy to navigate. Loved the history of the place. Read more