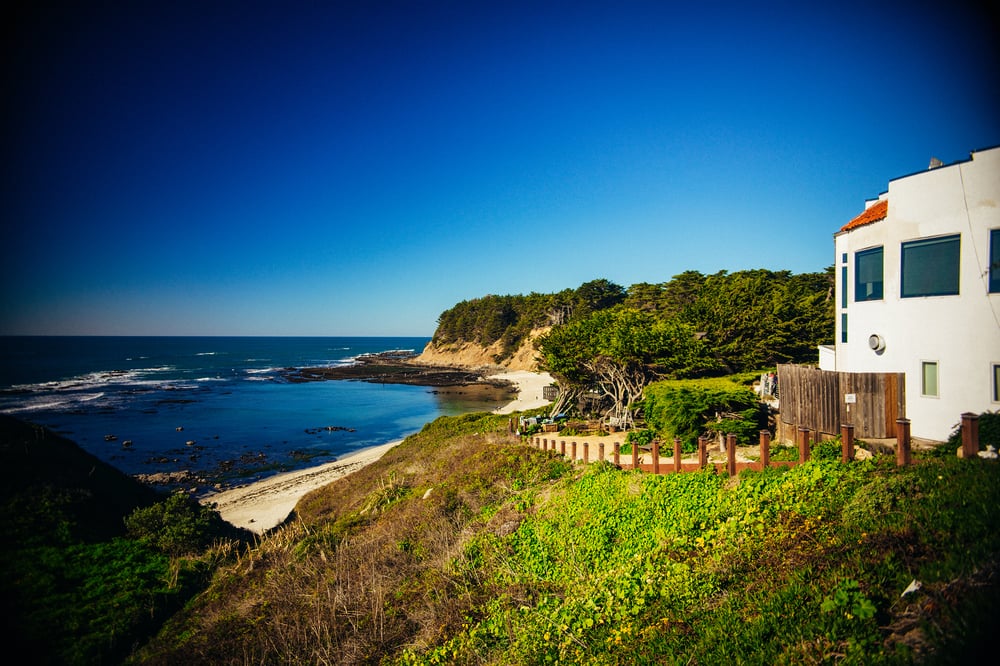 “Haunted by the Blue Lady!”

The restaurant, located on the cliff, above a secluded beach was a perfect location to benefit from the clandestine activities of Canadian rum-runners.  Under cover of darkness and fog, illegal whiskey was landed on the beach, dragged up a steep cliff and loaded into waiting vehicles for transport to San Francisco.  Some of the booze always found its way into the garage beneath “Frank’s Place.”  Frank Torres used his excellent political and social connections to operate a highly successful, if illegal, business.  Unlike many of the other speakeasies along the coast, “Frank’s Place” was never raided. With the repeal of the prohibition in 1933 Frank Torres remained in the food service business as one of the most successful restaurateurs along the San Mateo County coastside.  “Frank’s Place” now called THE MOSS BEACH DISTILLERY still retains its spectacular view and secluded location above the ocean coves. The Distillery also retains one of  “Frank’s” former customers, as well.  Its resident ghost, "The Blue Lady” still haunts the premises, trying to recapture the romance and excitement of “Frank’s” speakeasy years.  The story of The Blue Lady was documented by the TV program Unsolved Mysteries, and has been seen by millions of people around the world.  Perhaps you will see her today! In 2008, TV’s Ghost Hunters revealed that the restaurant owners had rigged hanging lights to sway and a face to appear in a mirror in the ladies’ restroom, among other spooky tricks. The owner reportedly admitted to the rigged hoaxes, but stated that real paranormal activity has been experienced here since the 1930s.

Awesome place to dine in, the view spectacular and our waiter was great. Food yummilicious Read more

Found this gem while driving on the coast with an out of town visitor. Stopped in for lunch, and the food was amazing. Though the set-up to eat outside is a little challenging, and requires stairs... Read more

Absolutely gorgeous setting, service and views are unmatched. We sat outside on the patio and had the best dinner next to the fire. Shout out to our amazing server Tanner, extremely friendly, made... Read more