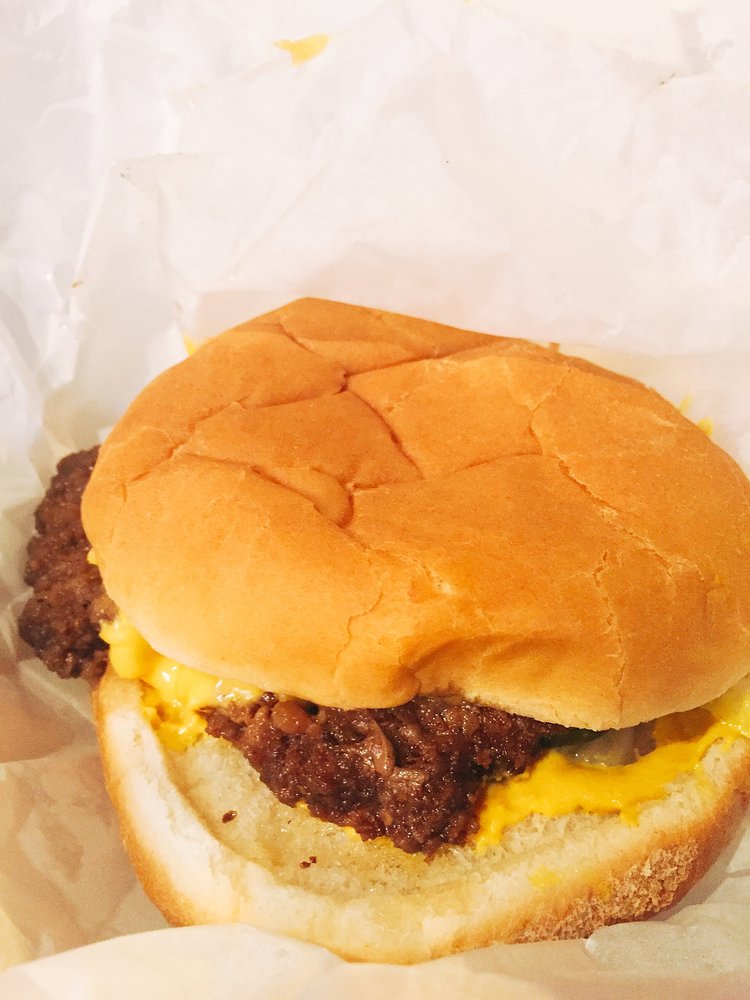 Back in 1912, the late Elmer "Doc" Dyer opened his own cafe and began to develop a secret cooking process for the uniquely delicious world famous burgers we still serve here today on Beale Street. Legend has it that the "secret" was Doc Dyer's ageless cooking grease. This famous grease , strained daily, has continued to produce our juicy Dyer's Burgers for almost a century now. One of "Doc's" original employees, Mr. Kahn Aaron bought the establishment in 1935 and continued the Dyer's name and tradition of famous burgers. The Dyer's legacy continues to this day. Over the years, this famous cooking grease has been transported to our various Memphis locations under the watchful protection of armed police escorts, finally settling here on Historic Beale Street, Home of the Blues and World Famous Dyer's!

I had walked past this restaurant the night before and it looked really good. So, I decided to try it the next day when I was in the area. After reviewing the menu, place the order at the... Read more

Not so bad... but also not so good. It had potential. But I think it would've been much better if the staff actually cared (they didn't really seem to). Our burger was poorly made- a cardinal sin... Read more

Want a greasy burger and fries that have been cooked in 100 year old grease? No? Then don't come here. You do? Well, so did I, and that was exactly what I received and the results were... Read more