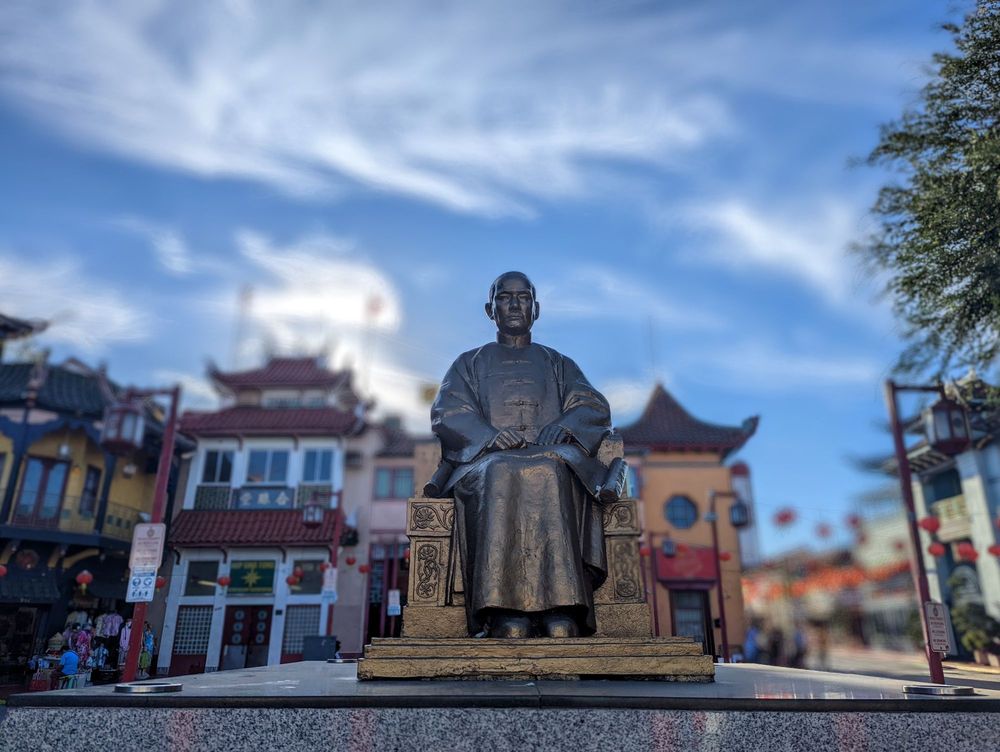 “A unique & colorful setting for so many stories”

Chinatown in Los Angeles, California is located in the city's downtown area. Built in 1938, it is the second Chinatown to be constructed in Los Angeles. The original historic Chinatown was founded in the late 19th century, but was demolished to make room for Union Station, the city's major rail depot, leaving its residents and businesses displaced. It is one of three current major Chinatowns in California; one in San Francisco and the other being in Oakland. Old Chinatown in its heyday, 1890 to 1910, could count 15 or so streets and alleys, and perhaps 200 building units. It had sufficient size and sophistication to boast of a Chinese opera theater, three temples, a newspaper (for a while), and later, its own telephone exchange. Old Chinatown was a residential as well as commercial community. The slow increase in the number of women would lead to the establishment of families with children. During this time, most of today's leading Chinese family and district associations, Chinatown institutions were founded, and church missions were organized, which began the process of community acculturation. Old Chinatown, with restaurants, curio shops, and "strange" entertainments, even became an attraction for the early, pioneering breed of American tourist.

If you're looking to walk around and buy random stuff. This is the place! A lot of hustlers working here and I respect that. They will work with the prices. This place have fake and real jewelry,... Read more

Literally, every time that you hear that there is a party in Chinatown you must go take all your friends and family and literally go this video. Can show you how funny it was the sound was... Read more

Reviewed by
Jeff B.

We visited on a Sunday afternoon before seeing a show at the Ahmanson Theater, so it was pretty quit. This was nice as there was no crowds to maneuver and almost no waiting anywhere. Still, for... Read more