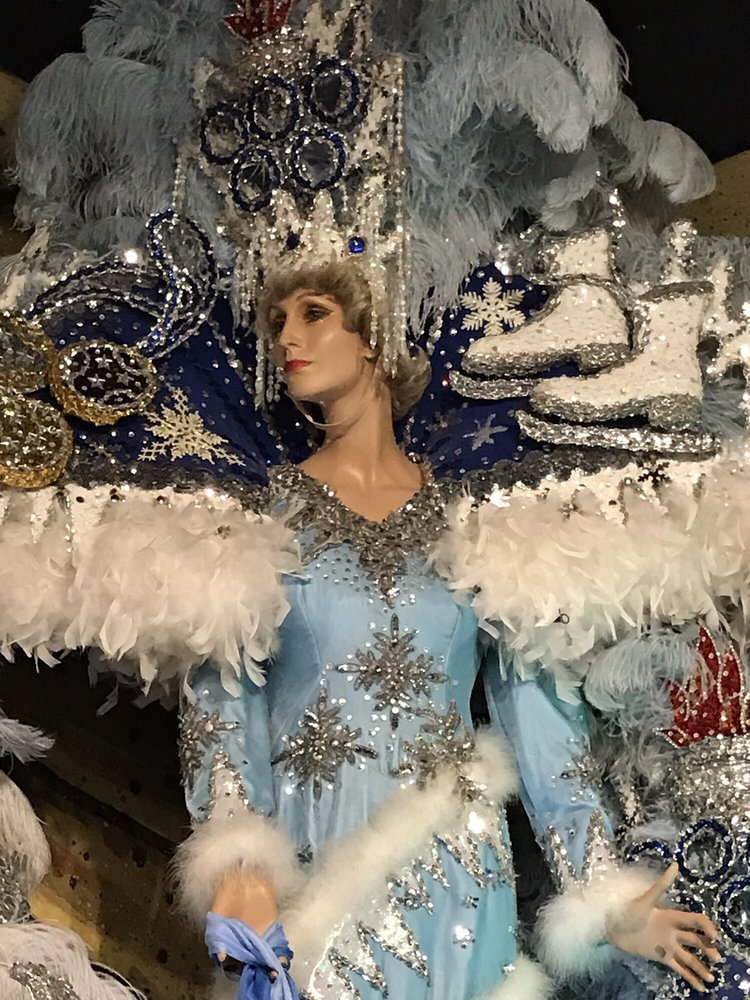 “join in the merriment of Mardi Gras”

To catch a glimpse of these costumes throughout the history of the Lake Charles Mardi Gras, be sure to visit the Mardi Gras Museum of Imperial Calcasieu, located at 809 Kirby Street. This museum is a real gem with some of the most fantastic costumes ever on display. A highlight is the animated mannequins that tell the story of Mardi Gras or the talking Mardi Gras chickens that are trying to escape being cooked up in a gumbo pot! At the museum, there are various rooms set up that tell the story of baking King Cakes as well as costume making. You can also climb aboard a Mardi Gras float, hear the cheering crowds and pretend that you are actually in a parade!

Amazing workmanship on these costumes. There are so many of them. This museum is on the 2nd floor of an old school. Don't let that fool you, it's an interesting place to visit. I am amazed at the... Read more

Had the best time! Room after room of floor to ceiling creations. David was a knowledgeable and friendly host. Wonderful for the solo traveler or groups. Hands on dress up area too! So much fun,... Read more

Super hard to find, they need to have signs outside and inside pointing the way. All you see is a school and nothing that says otherwise. We had to call twice. Once yo make sure we were in the... Read more