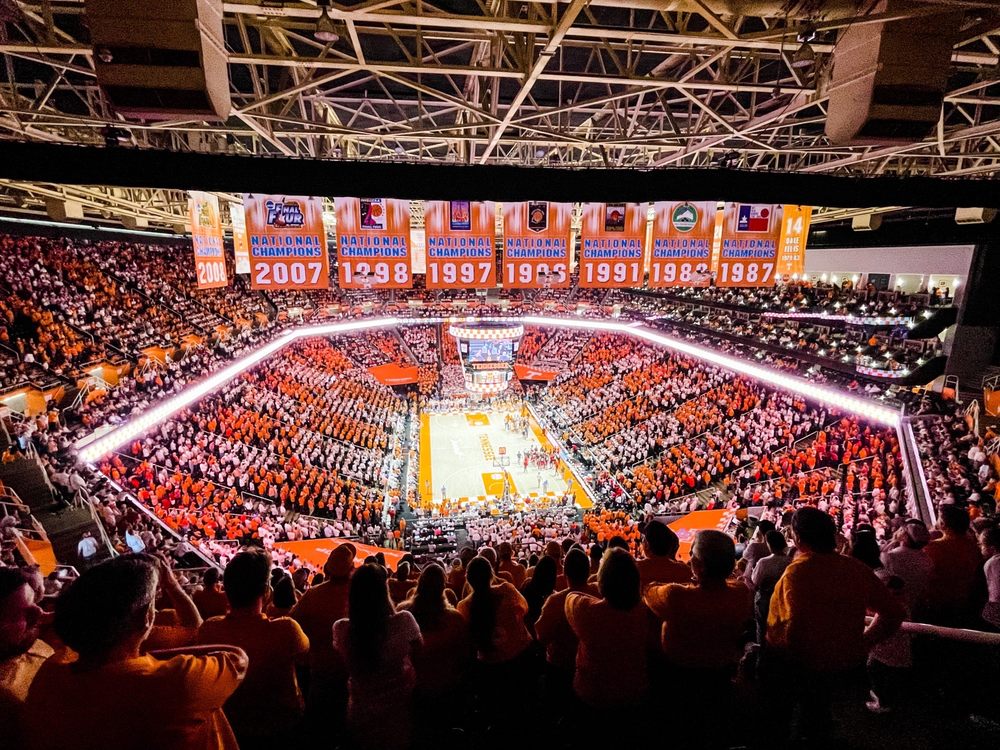 Thompson-Boling Arena is home to the U.T. Men's and Women’s basketball and Women's Volleyball teams. The site is also used for other events such as concerts, conventions, and other sporting events such as NBA exhibition games. Naming the Arena The arena is named after B. Ray Thompson and former U.T. president Dr. Edward J. Boling. History The arena was first used during the 1987–88 season. With both the Vols and Lady Vols basketball consistently in the top 25, Thompson–Boling Arena has received much attention as a premier college basketball facility.

Okay I won't give this the homer's review of a Vol fan, although I am one. This will be an alleged fair review of the behemoth known affectionately to the local-yocals as TBA. First, you'll have... Read more

So many events take place in this older, but huge arena. Last night, my family went to a Lady Vols basketball game (where they whomped UT Chattanooga!). We wandered around for about 30 minutes... Read more

My 11-year-old son likes to visit the Thompson bowling arena in Knoxville, for the circus each year. The Thompson-Boling Arena is home to both the U.T. men and women's basketball college... Read more