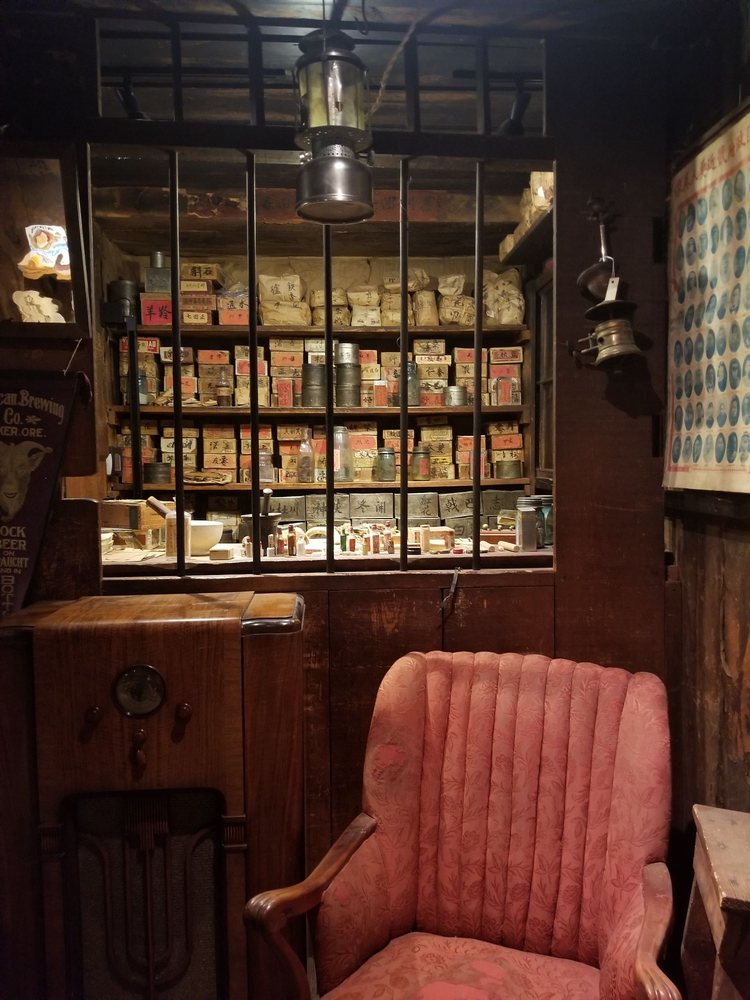 “if you haven't seen this place, you need to go”

Important Note: The 2016 season begins May 1, 2016. If you haven’t seen this place, you need to go.  Originally a Chinese medical clinic, general store, community center and residence, Kam Wah Chung gives you an incomparable glimpse into the past. This remarkable site, a National Historic Landmark, is located in the town of John Day, and includes a museum and a separate interpretive center. The museum was built in the 1870s, possibly as a trading post.  This tiny, unassuming building became home to two Chinese immigrants, Ing “Doc” Hay and Lung On.  Both became locally famous:  Lung On as a general store proprietor and businessman, and “Doc” Hay as a practitioner of herbal medicine.  For 50-some years, the building was a social, medical and religious center for the Oregon’s Chinese community. Learn more about Kam Wah Chung by watching an Emmy nominated documentary produced by Oregon Public broadcasting. An ADA-accessible interpretive center across the street from the museum is open daily.  In 2011, the center opened a new exhibit, detailing the life and times of Doc Hay and Lung On.

Fantastic! I would recommend this tour to anyone stopping through John Day. It's also worth going out of your way to visit. What a perfectly preserved part of the Gold Rush history. Staff were... Read more

The INTERPRETIVE CENTER IS OPEN!!!! although the museum itself is closed, the center has a great 3D tour - narrated by volunteers so go with extra patience with slightly off historical narration-... Read more

Reviewed by
Ika I.

An important piece of Oregon and Chinese history, a must see! I felt very fortunate to have visited the Kam Wah Chung Museum on my recent trip to Oregon. Seeing how the early Chinese settlers... Read more