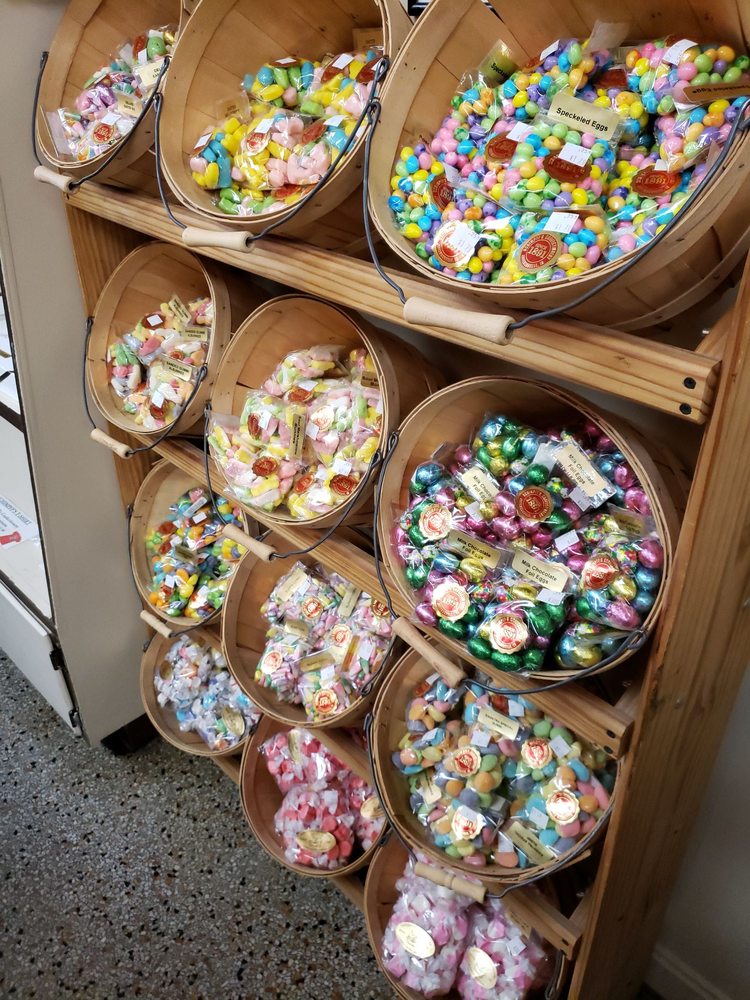 “The oldest candy shop in America!”

Schimpff's Confectionery is a historic candy maker, confectionery store and museum located in Jeffersonville, Indiana, within the Old Jeffersonville Historic District. It was opened in 1891 by Gustav Schimpff Sr. and Jr. at the current site, although the family had been making candy in the Louisville, Kentucky area since the 1850s. The business has remained in operation the entire time. It is most famous nationwide for its Red Hots, although it also features Modjeskas (caramel-covered marshmallows named after the Polish actress Helena Modjeska who once visited Louisville) and hard candy fish. The museum, attached to the store, features candy exhibits throughout the ages, including Hershey's and Nestlé's paraphernalia.It was featured on the History Channel's Modern Marvels and by the Historic Landmarks Foundation of Indiana in 2004. It is also noted as one of Indiana's seven "Hidden Treasures."See also List of attractions and events in the Louisville metropolitan area

I'm a sucker for Indiana's little historical gems and I'd long wanted to make it down to Schimpff's Confectionery in Jeffersonville, Indiana. During a recent day trip for a work project, I finally... Read more

Fun free tour with samples (Groups are welcome to arrange tours of the museum -- just schedule with plenty of advance notice.) Schimpff's has one of the few candy museums in the United States.... Read more

Stopped by here randomly as my friend and I were walking through downtown Jeffersonville (I'm not from the area). I love old, independent candy stores, so we had to stop in. Schimpff's is an old... Read more