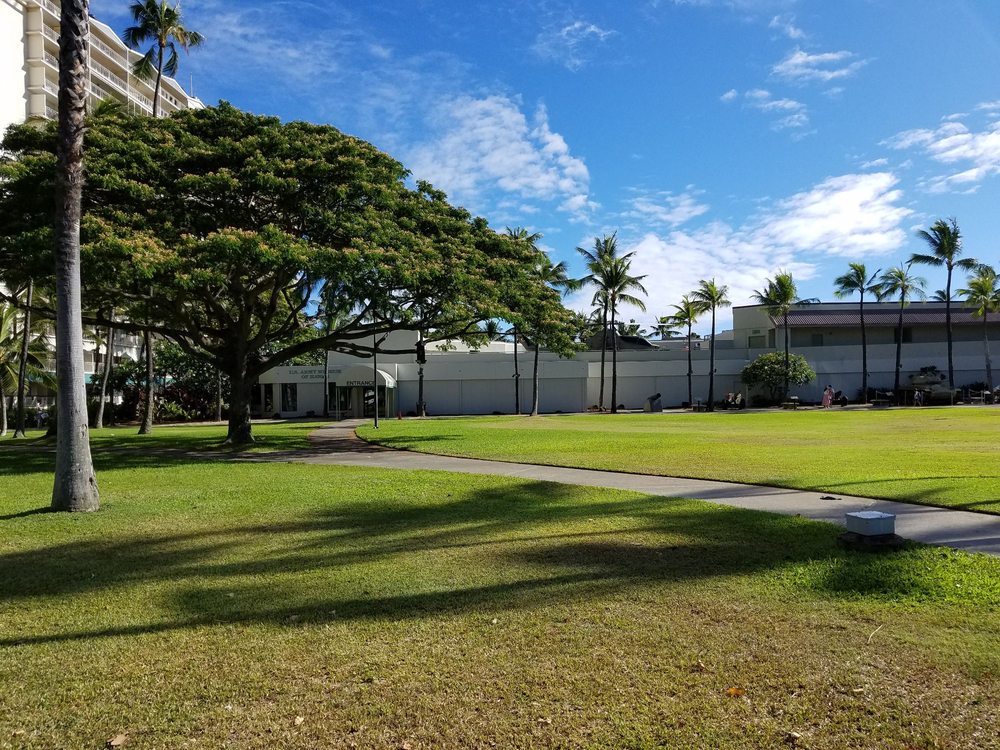 The Museum will be open from 9 am - noon on December 24, 2015 and closed on December 25, 2015 and January 1, 2016. The U. S. Army Museum of Hawaii is under the direction of the U.S. Army Center of Military History and receives well over 100,000 visitors a year. The museum is open Tuesday - Saturday from 9 am - 4:15 pm. The Hawaii Army Society Museum Store (HAMS) closes at 4 pm. The Museum is free to all. Audio tours are available for rent from the Society for a small fee in both English and Japanese. Parking is available directly across from the museum. Validation for a reduced parking fee is available at the welcome desk. Constructed from 1909 to 1911, this Coastal Artillery Battery protected Oahu with its two 14-inch disappearing guns. The battery was built so well that it was unable to be torn down in the early 1970's to make way for the military's Hale Koa Hotel. The battery was turned into a museum in 1976 and begins with early Hawaiian warfare and covers every major military event in the Pacific theater of operations through Vietnam. The Gallery of Heroes honors Hawaii's soldiers who have received our nation's highest awards: the Medal of Honor and the Distinguished Service Cross. Chartered in 1976 as a not-for-profit corporation, the Hawaii Army Museum Society, also known by its acronym, HAMS, was organized by several former military veterans and patriotic members of the Honolulu community. HAMS is a 501(c)(3) tax-exempt organization whose mission is to support the U. S. Army Museum of Hawaii. HAMS is a non-federal entity. It is not part of the Department of Defense or any of its components and has no government status.

How can you not give it 5-star? It's free, it's near central Waikiki, best of all it's a treasure trove of historical and legendary artifacts. After 1 week of debauchery in Waikiki we decided to... Read more

This museum is a great place to learn about the history of the Pacific War, including the attack on Pearl Harbor. Once inside, you will find a variety of materials and weapons from the war on... Read more

Had an old battle buddy visit me and he expressed interest in visiting this museum right adjacent to the Hale Koa. I'd been here a couple times over the years with other like-minded military... Read more

US Army Museum of Hawaii