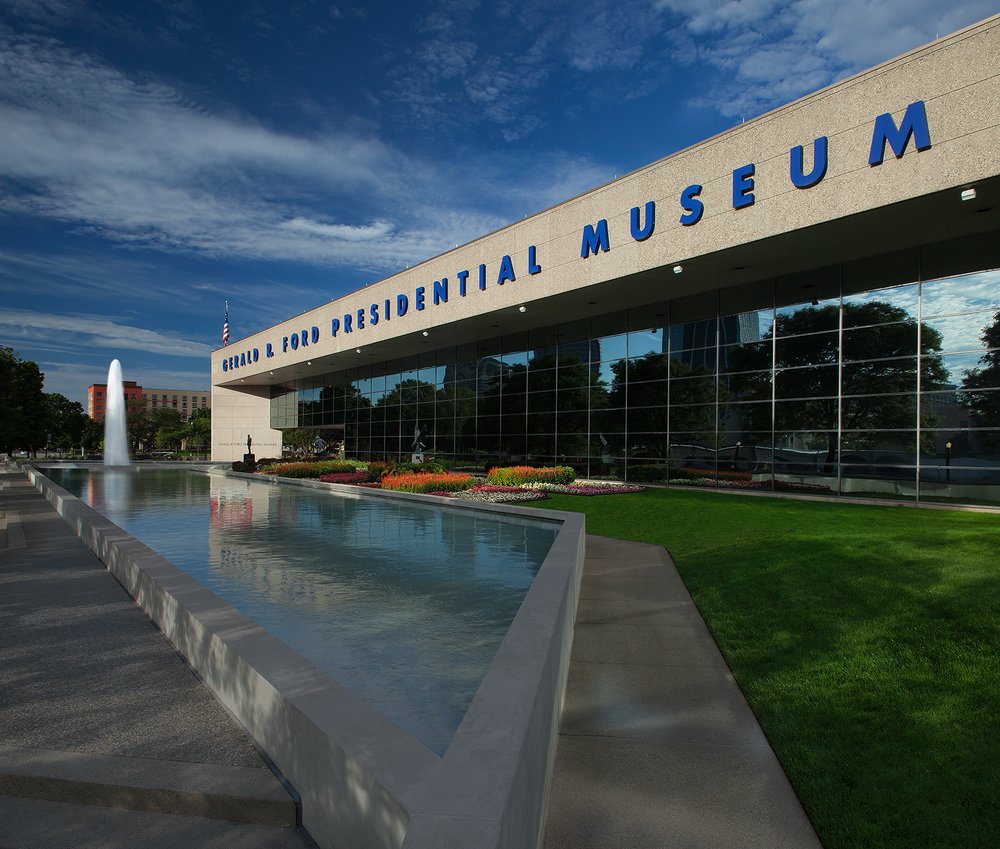 The permanent exhibits are the core of the Museum's program. They allow visitors to participate in history, not just view it, while reviewing the highlights of the lives of President and Mrs. Ford. In addition to the permanent exhibits, a succession of temporary exhibits draw upon the rich holdings of the entire Presidential libraries system, the Smithsonian Institution, the National Archives, and others.  Not all museum programs revolve around the exhibits schedule. Museum staff organize and host special events, everything from a 1940s fashion show to activities for school children. The Museum also hosts naturalization ceremonies for new citizens and opens the grounds to the community festivities and fireworks on the fourth of July. The Museum Store sells items relating to President and Mrs. Ford and other Presidents and First Ladies, along with a number of souvenirs.  The Ford Museum opened to the public in September 1981. It is part of the Presidential libraries system of the National Archives and Records Administration, a Federal agency. Unlike other Presidential libraries, the museum component is geographically separate from the library/archives. The Ford Museum is in Grand Rapids, Michigan and the Library is in Ann Arbor, Michigan. Despite the separation, the library and museum are a single institution sharing one director.

Reviewed by
Steff A.

This is my second Presidential Museum I've visited and it's taken the lead for being my favorite... We purchased tickets online and had no issues checking in at the entrance. The Michelangelo... Read more

Gerald Ford, our 28th president, from 1974-1977. He is quite a unique president in which he was the only president who was not voted into office. He was appointed to be former president Richard... Read more

Visiting the Gerald R Ford Presidential library was on the top of our list when we arrived in Grand Rapids, Michigan. The museum is conveniently located adjacent to downtown and some of the large... Read more