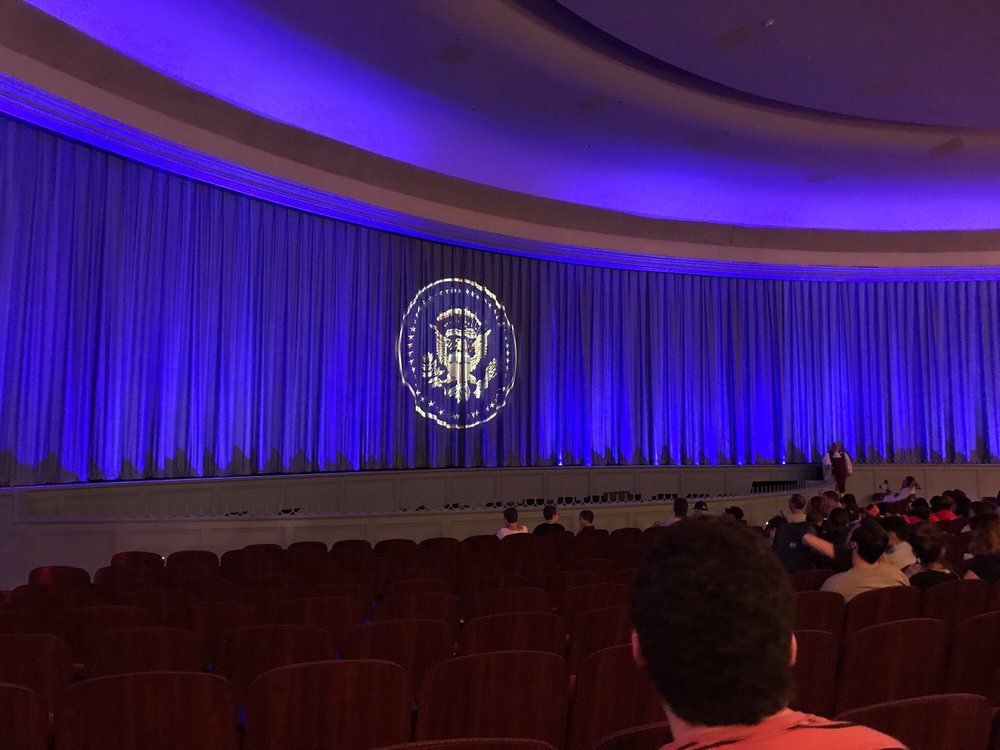 Behold all 43 U.S. Presidents on stage in a patriotic, Audio-Animatronics show tracing the history of the United States.   Envisioned by Walt Disney, The Hall of Presidents proved too ambitious for the technology of the time. Conceived as animated wax figures, the Presidents didn’t quite look and act as Walt Disney had originally envisioned. So Walt decided to work with his Imagineers to develop the first Audio-Animatronics figure in human form. The result was the startling realistic, classic attraction Great Moments with Mr. Lincoln, which debuted to rave reviews at the 1964 New York World’s Fair. In 1971, with the technology tested and perfected, Abraham Lincoln—in addition to every other President at the time—appeared onstage in The Hall of Presidents in Liberty Square at Magic Kingdom park. Since then, every U.S. President, including the addition of Barack Obama, has been added to the roll call. The Hall of Presidents stage show runs continuously throughout the day. Be sure to check the large clock hanging under the marquee for the next available showtime.

Oh, say can you see by the dawn's early light What so proudly we hailed at the twilight's last gleaming? Whose broad stripes and bright stars through the perilous fight, O'er the ramparts we... Read more

Would I use a lightning pass on this? - N/A The kid factor: GRADE C+. It's educational so naturally some kids will be meh. Good mini museum and provides some valuable history on the office of the... Read more

I wish I could give this attraction 6 stars! As a lifelong history lover I was beyond excited about this attraction. So much so I went to it twice! It's fun, interactive, unique and educational.... Read more

The Hall of Presidents