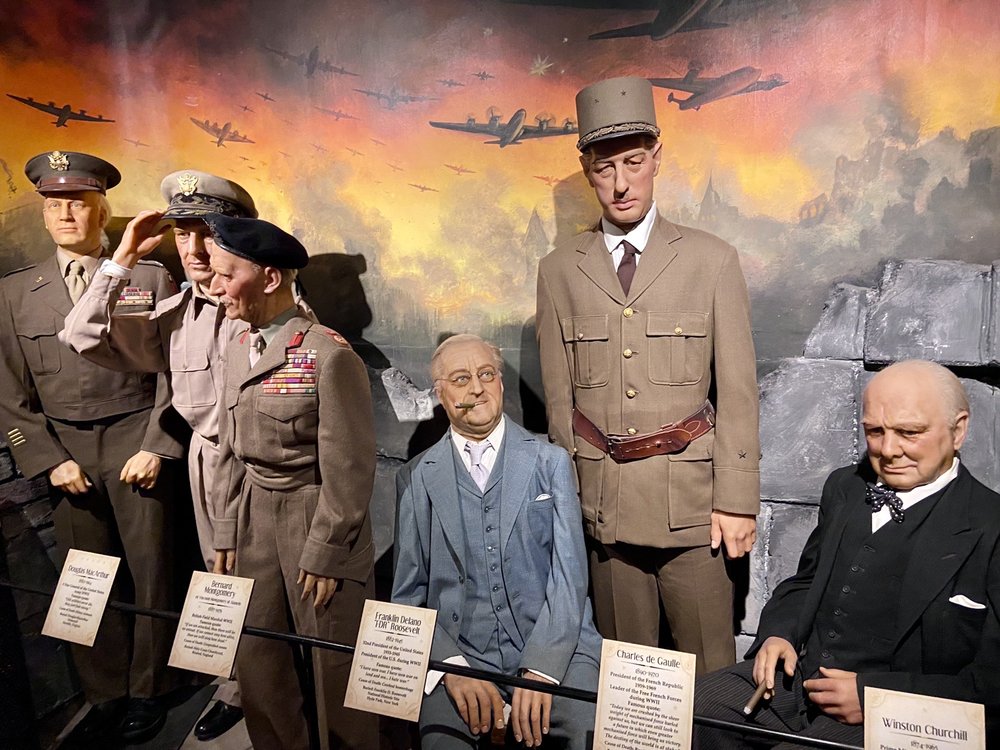 “Houses over 160 wax sculptures covering a wide range of real and fictitious figures.”

It houses over 160 wax sculptures (243 before 1986) covering a wide range of real and fictitious figures, including famous politicians, entertainers, horror characters, historical personalities, sports stars and other celebrities.George L. Potter established the collection in 1948 and the attraction is the first wax museum in the United States. As a child George Potter traveled the world with his family. One family trip lead to London where Potter visited Madame Tussaud's Wax Museum. In his adulthood he made a small fortune in real estate and the rental market which afforded Potter to live out his dream of bringing the world in wax to America. After studying the market in St. Augustine a location at the corner of King Street and A1A (San Marcos Ave) was chosen. Gems London Wax Studio was contracted for the construction of the initial collection. For many years the museum was operated under the moniker "Potter's International Hall of Fame." Guided tours were performed by uniformed guides giving accounts of the lives of over 300 wax figures. Upon the death of George Potter in 1979, the museum was maintained by family until 1986. His family, not sharing his passion for wax works disassembled and sold of much of the museum and its collection. The former curator Dottie White purchased the core collection of about 150 figures and re-opened the museum at its King Street location in 1987. Over the course of the next 2 decade the museum underwent several make overs and renovations.

This museum is super cool! I was on the fence about coming here, as I have been to a large one in NYC, but this blew that out of the water. You can tell that so much love and thought went in to... Read more

Pretty cool wax museum in the oldest city in America. A lot of different generations of figures. Some cool set ups to get pictures with wax history figures. Staff was very nice and helpful. Read more

Reviewed by
Hannah B.

Amazing! The wax museum was at the end of my tourist journey. I'm so glad that I didn't skip this little gem. The skill used to create these figures is astounding. They're very life like. I felt... Read more