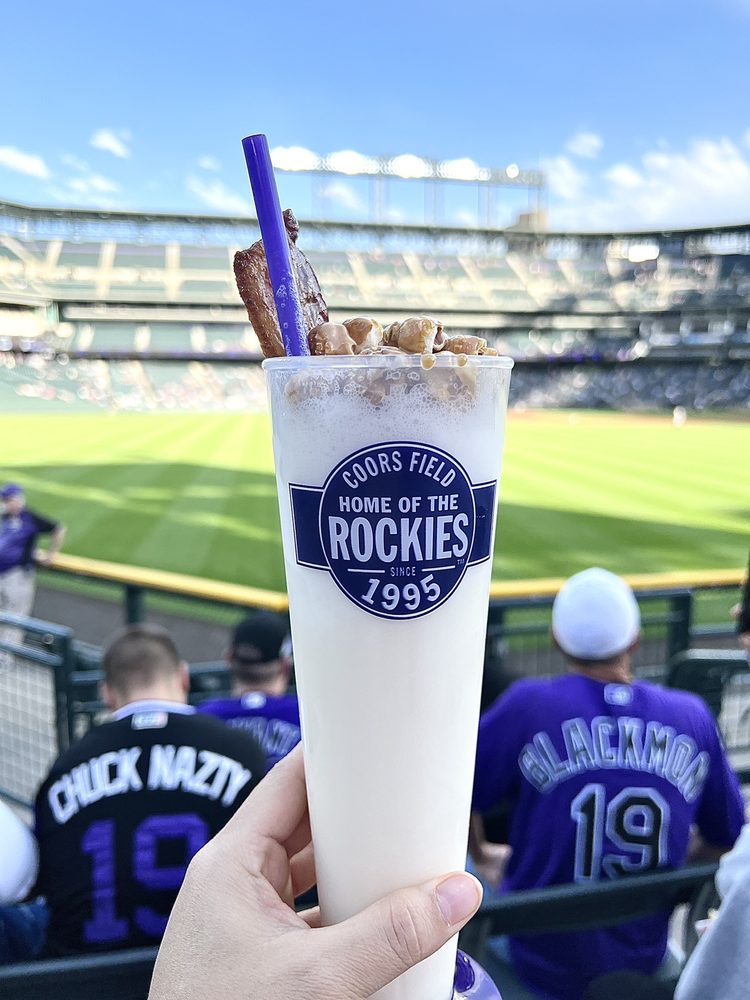 “Home of the Colorado Rockies”

Built two blocks from Union Station in Denver's Lower Downtown, Coors Field was the first new stadium in the National League since Montreal's Stade Olympique opened in 1977. It was the NL's first new park built exclusively for baseball since Dodger Stadium in 1962. The Rockies spent their first two seasons in the Denver Broncos' Mile High Stadium, where they set 12 attendance records. The new ballpark does not have the capacity to hold 80,000 people, as Mile High did, however. Coors Field attempts to combine the comforts of a modern stadium with the atmosphere of the old-time ballparks. It is constructed with hand-laid brick and has an old-fashioned clock tower atop its main entrance. It is asymmetrical, with the deepest part of the park (424 feet) in right-center field, and balls that hit the big out-of-town scoreboard in right field are in play. The two bullpens sit side-by-side next to the scoreboard in right-center and are elevated. The natural grass field can drain 5 inches of water per hour, and there is a heating system under the field that melts snow the moment it hits the ground. Concession stands in the concourse are laid out so that a fan can walk 360 degrees around the stadium and never lose sight of the field.

Beautiful ball park! There seem to be no bad seats. The concourse is wide. Disappointments are 1) unlike most ballparks, there are no food booths that represent the local cuisine. 2) there is no... Read more

One of the things that I enjoy is visiting a new city, finding a baseball field. Not always do I have the opportunity to catch a game but just being able to check out the architecture, see what I... Read more

My husband is not a huge fan of baseball but we had SO much fun at the Rockies game! The atmosphere is great and Rockies fans are way more into the game than Rangers fans I'll tell you what! We... Read more