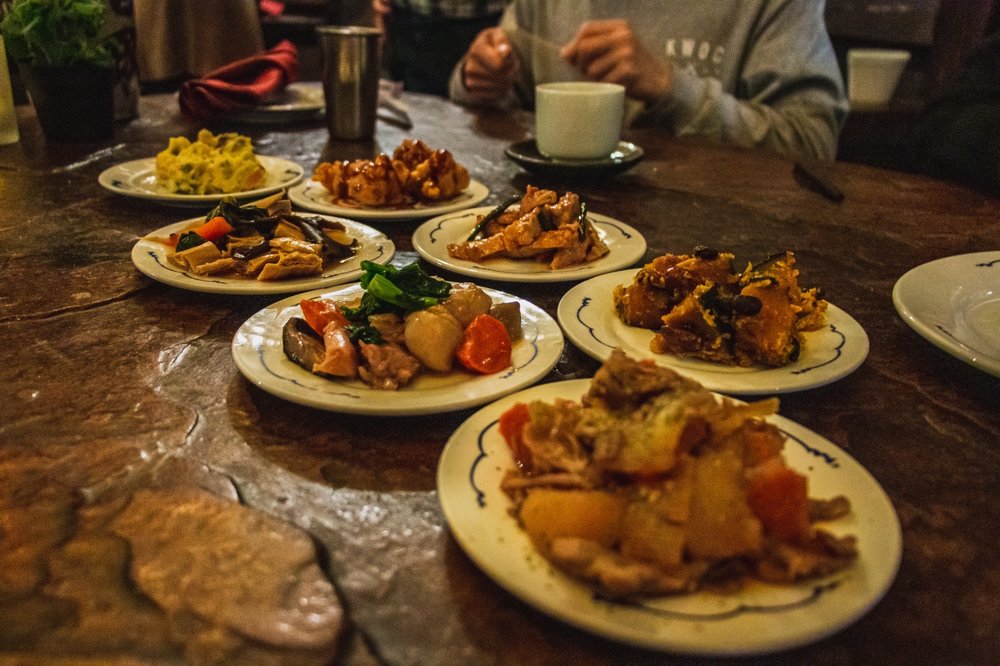 COST: $17.50 (Japanese Curry - Chicken, with all fresh sides) Dude! What is up with the low ratings for this place? Sure we waited maybe 30-40 minutes during peak hours, but what place that's... Read more

The Good Nice portion size for hungry people. Food is made with fresh unique veg like acorn squash. Its a great place to take your visitors for a fun dining experience that is not too expensive.... Read more

The interior def gets five stars, it's so cute, but the food and service less. The curry was thicker than most Japanese curry, almost gelatinous like, and was too heavy. But the banchan and soup... Read more