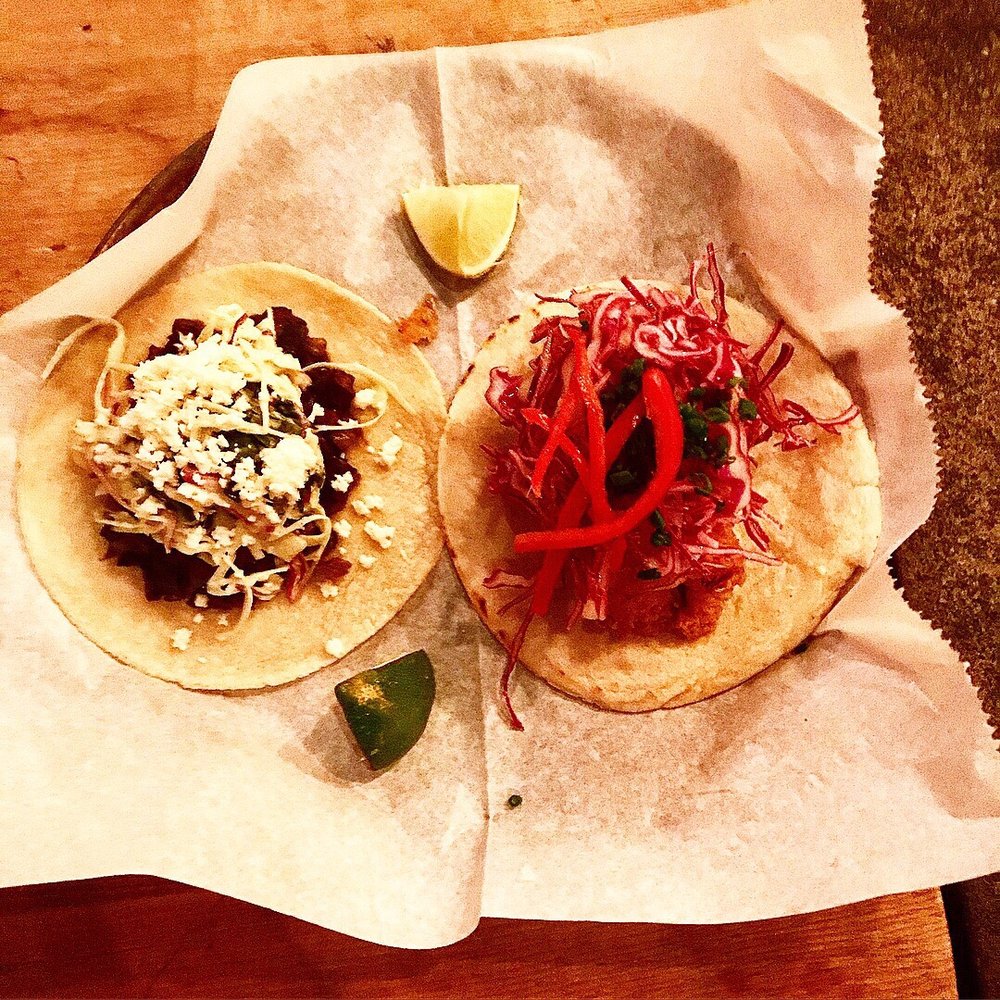 Bakersfield OTR was inspired by a city (Bakersfield, CA) known for spawning an era of music called the Bakersfield Sound. The “Sound” was a reaction to the slick, pop country music coming out of Nashville. It was firmly country but had more of a rock n’ roll influence, and was a bit less polished than other records of the time. Buck Owens, Merle Haggard, Johnny Cash, and others defined this type of music, and it quickly became a nation-wide phenomenon in the 1950’s and 1960’s. These guys were rebels of their time. Rock stars with a hillbilly, country attitude. Bakersfield is a small agricultural city in southern California, where there was and still is a heavy Mexican influence. Thus Bakersfield serves Mexican-influenced street fare with a focus on tacos, tequilas, and whiskeys. Our tequila, whiskeys, and beers will range from super premium to super affordable. Our food is simple, street-driven, authentic Mexican. Our music and feel is inspired by honky tonks around the country. We play everything from rock to country, blues to funky.. Stop in and hang with us soon!!

Really enjoyed coming here with friends one afternoon and am looking forward to going back. The margaritas (i had pineapple) were delicious (tasty salted rims!) and the tacos too, and I enjoyed... Read more

Always yummy. I love their creative taco combos & their drinks are hand crafted (none of that neon green marg mix to be found here- it's the real deal). Make sure to check their daily drink... Read more

I had olivia this fine Wednesday evening and she did a terrific job! She was so kind and genuine. Would absolutely recommend her! Read more