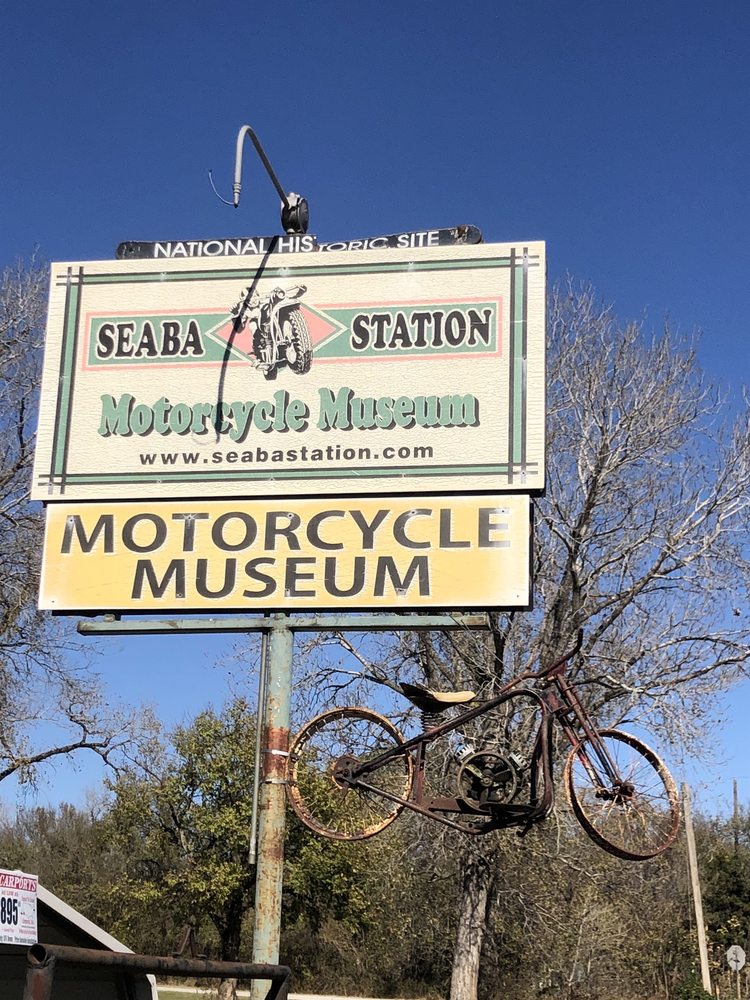 The Seaba Station, formerly known as Seaba’s Filling Station and Seaba Engine Rebuilding and Machine Shop, offers travelers an example of an early rural service station along historic Route 66. It also tells the story of commercial adaptation along the ever-changing Mother Road.  In 1921, John Seaba constructed the filling station near Warwick along State Highway 7, which was part of the old Ozark Trails network. This already established thoroughfare was simply re-designated U.S. Highway 66 in 1926.  The Seaba Station is especially noteworthy for the restored, original rock outhouse building, which is a state-of-the-art roadside restroom from the 1920s. Amenities included his and hers cast iron toilets, which conveniently flushed the entire time individuals sat on the rims of the toilets.

This is a fun road side place to visit on route 66. It looks small but good size place with really cool items. Lots of t shirts and hats, pins. My fav was a orange shirt, one saying "Born to Ride... Read more

One of the classic spots along Route 66, Seaba Station is a motorcycle museum. It's also a rally point for lots of folks who trailer their motorcycles to here, camp, and then drive along Route... Read more

Fun fun fun! You can tell this is a true labaor of love! They have so many different cycles it really takes some time to take it all in! The front part of the store has awesome t-shirts, signs,... Read more