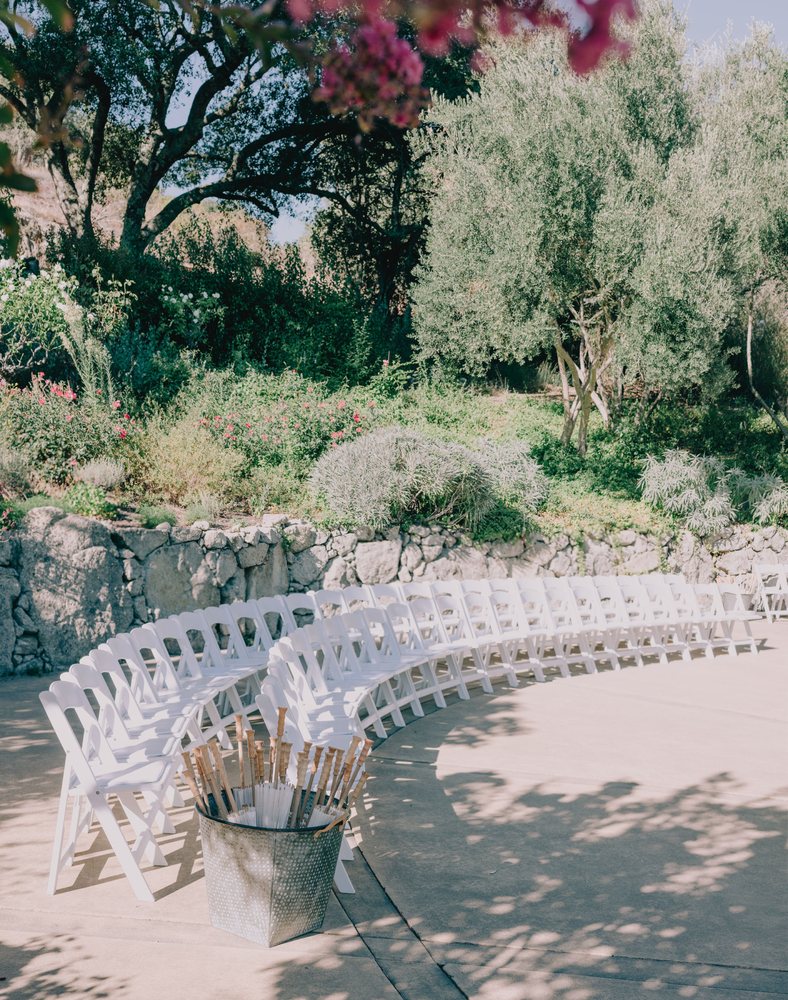 The Fahden vineyards and winery consists of 100 acres. It is located at 1200 feet, in a range of the Mayacamus Mountains, on a ridge above Calistoga. The property features panoramic views of Mt. St. Helena. Hans and Marie Fahden, natives of Hamburg, Germany, purchased the property in 1912. They were hard-workers who farmed the land growing grapes and then prunes, when Prohibition was enacted in 1920. Sixty years later, in 1980, Antone and Lyall Fahden, the third generation, decided they liked cabernet sauvignon better than prunes. A new journey began to restore the land and make it productive. Three vineyard areas, separated by volcanic outcroppings and forests of Douglas Fir, were planted in 1982, ‘83, and ‘84. Ponds were created, roads were carved, and a wine cave was tunneled into a formation of four million year old volcanic ash. The Hans Fahden Winery became bonded in 1986. The first bottle of wine, which was produced from the 1987 vintage, was sold in 1992. The Hans Fahden Winery became licensed to conduct public tastings in 1996. The early wines were made in the traditional California style and were blockbusters. They were intense and "jammy" but took years to develop. The volcanic soils created an earthy taste and Bordeaux character which was characterised by smoky and cedary overtones. Fifteen years later, the 1989 and 1990 vintages are now ready to be enjoyed. We are currently releasing our 1999 vintage. We made approximately 2,000 cases as well as 500 cases of a more structured reserve. The wine is well balanced, rich and smooth in taste. We added a small amount of merlot and reduced the percentage of the press wine in the final blend. The wine still has the Hans Fahden character of earlier vintages, but the tannins are significantly softer.

Reviewed by
Val B.

We got married in the wine caves at Hans Fahden 20 years ago and it is one of the most beautiful places I could have imagined with the mustard in bloom. We are members of the wine club and love,... Read more

They have five stars for a reason!! Boy did my friend and I have the BEST time here. The property is gorgeous there are many places to sit and they will bring your tastings to you! You can also... Read more

Reviewed by
Amy B.