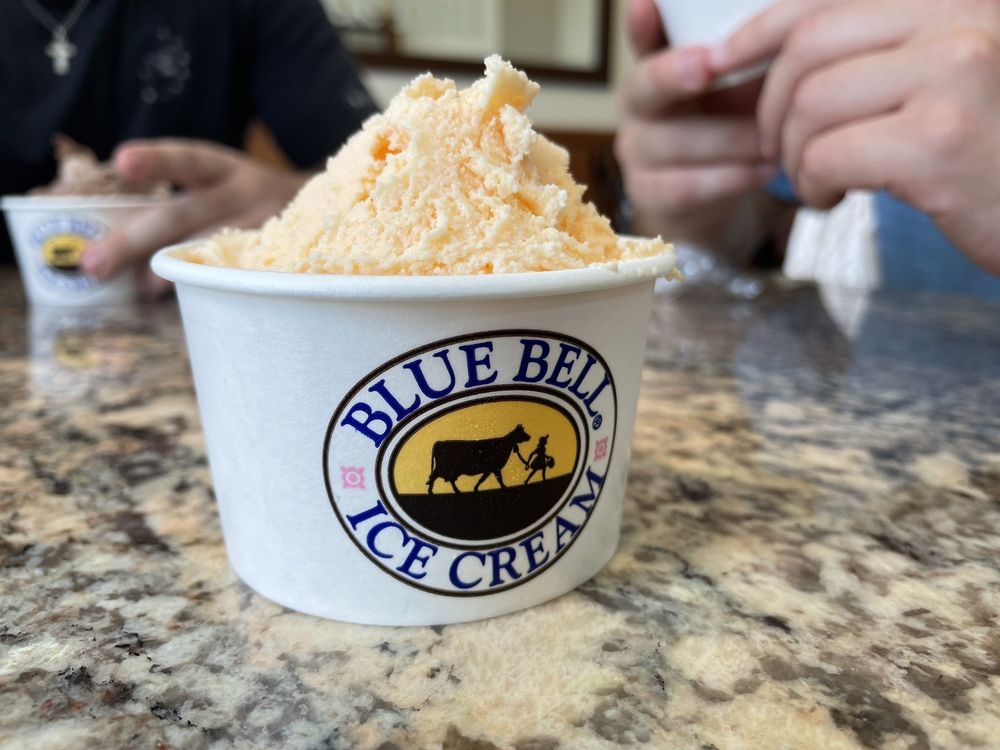 A group of local businessmen in Brenham, Texas, decided to establish the Brenham Creamery Company and make butter from excess cream brought in by area farmers. A few years later, the creamery began making ice cream and delivering it to neighbors by horse and wagon. It was in 1930 that the company changed its name to Blue Bell Creameries after the native Texas bluebell wildflower. Butter was produced until 1958 when Blue Bell began to focus full time on making ice cream.

Been a long time fan of Blue Bell, until COVID took my Milk Chocolate flavor. Finally sent an email yesterday evening to Blue Bell about my favorite flavor. I was phoned the very next morning and... Read more

Why 5 stars? Because my trip to the Mecca was long overdue. --- --- --- I have been a fan of Blue Bell ice cream as long as I can physically remember. That's not an exaggeration - I... Read more

What a lovely spot for a day trip! Living only a couple hours away, we packed up 3 generations and enjoyed the lovely drive to Brenham admiring the bluebonnets and Texas wildflowers. Upon... Read more