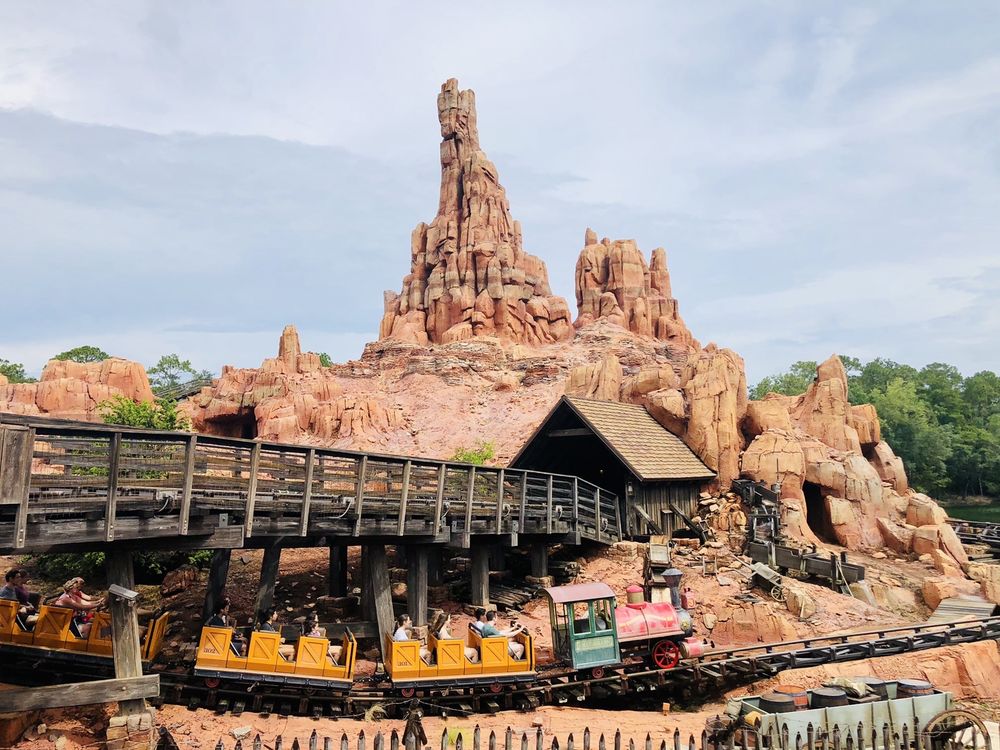 Frontierland is one of the "themed lands" at the many Disneyland-style parks run by Disney around the world. Themed to the American Old West of the 19th century, Frontierlands are home to cowboys andpioneers, saloons, red rock buttes and gold rushes. Every instance of Frontierland has a Big Thunder Mountain Railroad, and a stretch of riverfront. Other attractions sometimes found in this land include Big Thunder Mountain, the Country Bear Jamboree, Tom Sawyer Island and a steam-powered riverboat.

Generally my least favorite land in Disney Parks, Frontierland is still home to some classic attractions, including Country Bear Jamboree, Big Thunder Mountain Railroad & for not much longer,... Read more

Frontierland is one of the sections in the Magic Kingdom modeled after Disneyland in California. Originally a tribute to Davy Crockett, you used to be able to purchase the coon skin caps in their... Read more

Frontierland is a section of the Magic Kingdom that houses some solid rides. Home to iconic rides like Splash Mountain, The Walt Disney Railroad, and Big Thunder Mountain Railroad, make sure to... Read more