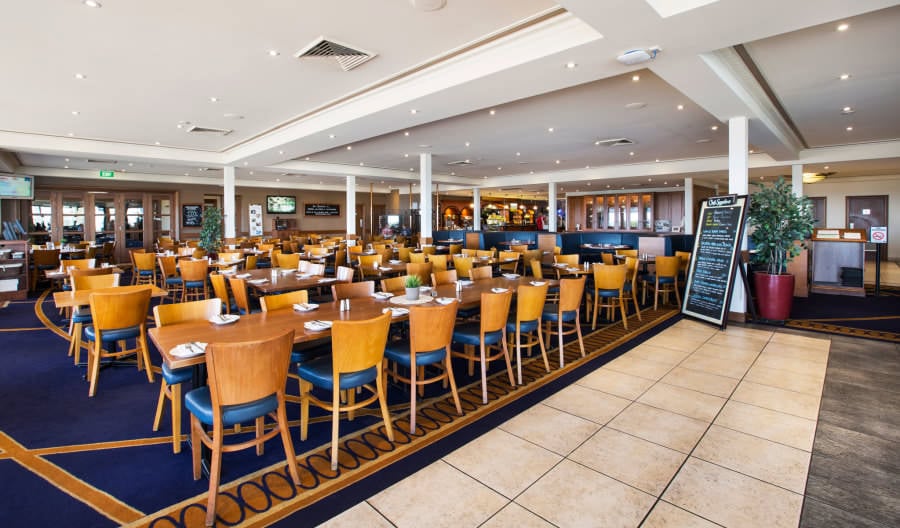 Tanning is a national pastime in Australia and it's easy to get why with its endless stretches of coastline. There are more beaches than hotels and there's no shortage of stunning places to spread your towel out on for a few hours. Victoria's isn't famous for its beaches but there are some crackers. Here's our three favourites.

Labelled as Melbourne’s answer to Bondi Beach, St Kilda is a sanctuary for inner city Melbournites seeking some cool relief on a scorching hot summer’s day. No matter what the time of year, you’ll spot locals and tourists taking a dip, strutting the boardwalk or chilling under the palm trees in Catani Gardens. The shore is a prime spot for families and often you'll find a game of beach cricket or volleyball going on.

It’s not only the beach that keeps the crowds coming, St Kilda has some top activities to get you off the sand. The arts and craft market is famous, there's plenty of restaurants and cafes along nearby Acland Street as well as the classic Luna Park where you can spend an evening riding the vintage roller coaster and the ferris wheel.

Brighton Beach, no matter which country you’re in, is worth a visit. In the English version, there’s the carnival pier and drunken Londoners for entertainment. In the Australian version (on the east coast) there are the quaint bathing boxes to get a selfie against. Brighton’s been a popular spot for Melbournites since the late 19th Century, when Victorian prudishness dictated a lot more than a bikini or board shorts as decent beach attire. Hence the bathing boxes for changing. Swimming here is easy and safe, and there’s a special section for the annoying windsurfers and water skiers (unless you’re on them, then they’re not annoying at all).

Take a day trip from Melbourne out to Wilsons Promontory to check out the aptly-named Squeaky Beach. The name comes from the rounded grains of quartz which make a “squeaking” sound when you walk across the sand. As you’re enjoying the sound underfoot, head to the northern end of the beach where you’ll be able to play tag among the large granite boulders. These giant orange rocks look stunning framed against the blue ocean especially during sunset where the soft light comes into play. They're definitely a selfie moment.

To get there, it’s a 2.5 hour drive from Melbourne then you can choose from a number of short walks including the Lilly Pilly Gully car park, Picnic Bay or Tidal River, to access the beach.

Only accessible on foot via the Tongue Point track, Fairy Cove in Wilsons Promontory National Park is secluded and great for swimming or tanning those parts you don't normally expose. The beach is lined with crazy granite boulders which are nice to perch on top and watch the tide or other visitors come and go.

Swimmers like Altona’s beach because there’s a large no boat zone. The beach is long – 3km long, and is good for a stroll along. Plus it has an excellent pier to blast down (on foot). Stick to swimming between the patrolled flags east of the pier. The surf life saving club have been doing their thing here since 1927, they know the beach well. High tide is the best time for swimming unless you’re prepared to wade out for ages across sand flats to get your dip.

The pool at Turpins Falls billabong is larger than an Olympic swimming pool and was once where the local swimming club practiced. That was back in the 1930’s before large municipal swimming pools became a thing. Access into the pools is demanding, which is good if you want them all to yourself, but not so good if mobility is a challenge. The best way to get into the billabong is at the river outlet where the entry is gradual. Whatever you do, don’t jump off the cliff unless you want to join the tragic list of deaths and injuries others have suffered. There’s low vis in the water, which is why jumping, while tempting, is not a smart move. Once in, you can swim around a find a nice startling cold patch.

Be sure to check out Parks Victoria for whether or not there is Algae in the water and it is swimable.

There are some strange names around this swimming hole. First off it’s called Polly McQuinns (who, rumour has it, was a bloke who couldn’t grow a beard back in the day) and it’s located on Seven Creeks but is actually a reservoir, weir, bridge and swimming hole on one creek. The creek was dammed on the northern side in the 1920s with a three sided weir so the water spills over the weir wall, goes under a bridge, over large exposed granite boulders, across a natural spillway, through a tunnel and down into a deep, cool, fantastic pool. All for your swimming pleasure on a sweltering day. Actually we were kidding about the tunnel but everything else is true. Well nearly. Rumour has it that Polly McGuinn’s ghost haunts this swimming hole because one night, when driving his horse and jinker home, he missed the bridge, fell in and drowned. But rumour also has it that the waterhole has no bottom, which explains why poor Polly, or his horse, where ever found. Perhaps he just drive his horse and jinker out of the narrow minded town that cared so much about his lack of beard.

The place is a total rush. In 1870, during the gold rush, a tunnel was dug where the river turns on itself, so water would be diverted, leaving (hopefully) gold in the surrounding river beds. It was a big idea and they did indeed find gold, which paid for the digging but that was about it. Now, nearly 150 years later it’s a brilliant spot for a dip. There’s a large swimming hole just down from the tunnel, with banks that scream ‘picnic!’ and it’s an easy walk from the car park. It’s also a popular hang out for kangaroos and a great way to surprise international guests by casually strolling along and coming across one, where both you and roo can act all nonchalant. If you take young children watch them closely and don’t let them in the rapids in front of the tunnel. And, as tempting as it is to go through the tunnel on an inner tube, and people do, kayaks have come out sans paddles. The current is strong, and the rocks under foot are uneven. Be careful. There are no toilets. Take what you need in, and take it back out again.

There are 82 hectares of lake at Lysterfield. That’s a whole lot of lake! And there is plenty of water action with boating, canoeing, sailing, paddle boarding and surf skiing. But there’s also two areas reserved solely for swimmers that have sandy bays, and a gradual increase in depth making it super easy to get in and out for small and big legs. If you’re really game, you can walk around the lake before diving in, or pound the mountain bike tracks. Either way, the lake will cool you off , especially when it’s far too hot to be in Melbourne.

Back in the 1930’s the Geelong town planners had a smart idea about how to transform the cliff heavy (and rather ugly) Corio Bay. They would flatten out the cliffs, plant palm trees, build a sea wall to keep out the sharks and keep in 10,000 bathers, pop some promenade boardwalks on top of the wall, and erect some floating diving platforms all in the art deco style of the time. The retro feel of the whole place makes you want to find a floral bathing hat and dive right in. In the warm months, Eastern Beach is busy full of people strutting, swimming, diving, back flipping, and there is also a pool for small people so everyone’s entertained.