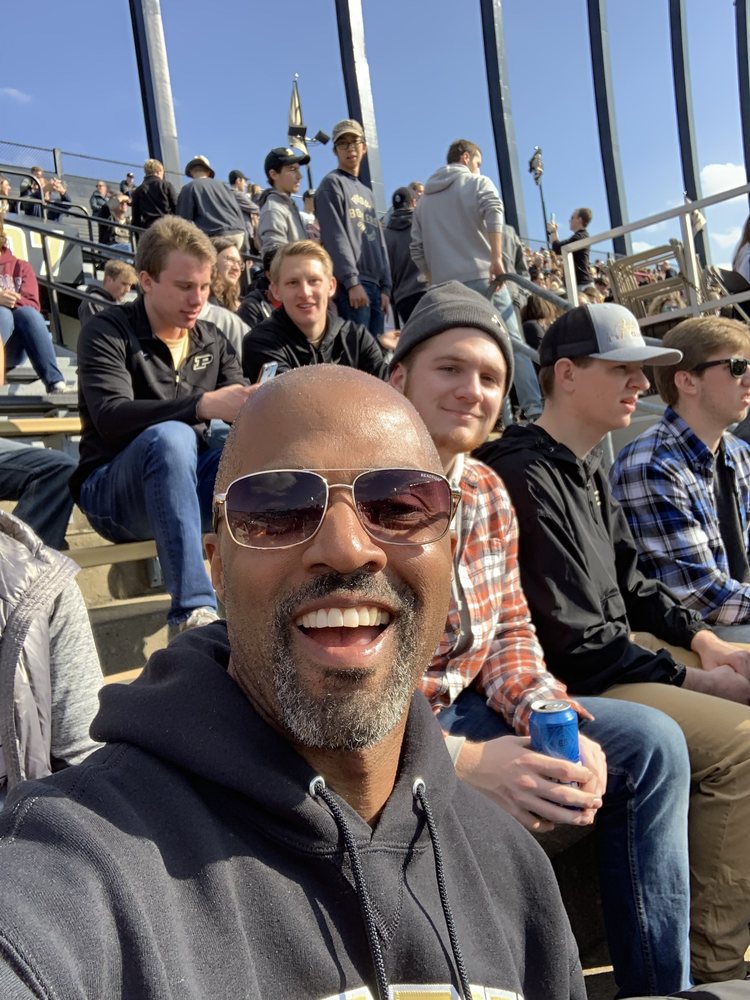 Nestled on the northern edge of the Purdue University campus, Ross-Ade Stadium is the home of Boilermaker Football.From 2001 to 2003, Ross-Ade underwent a $70 million renovation that has made it one of the most attractive and fan-friendly facilities in all of college football. A unique alignment of conditions - blistering heat and an aging irrigation system - resulted in the playing surface literally coming up in pieces in the fall of 2005. At the conclusion of the season, a team of experts led by athletics director Morgan J. Burke and former head coach Joe Tiller set out to chart a long-term solution for the field. Although typically thought of as a turf better suited to well south of the Mason-Dixon Line, the Purdue turf team scouted sites in Maryland and Virginia and came away convinced a cold-tolerant strain of Bermuda grass was the best permanent fix. Sod was laid in June of 2006, and Ross-Ade became the first Big Ten stadium with a Bermuda surface.

Hail hail go old Purdue! Easy to get in but reminder you need to either bring a small wristlet or a clear purdue approved bag. With beer available now, guests aren't allowed to leave at half time... Read more

Amazing venue for a football game. Everything about the venue is great. I struggle going to football games. I love seeing the variety of people at the game. There were some opponents in our... Read more