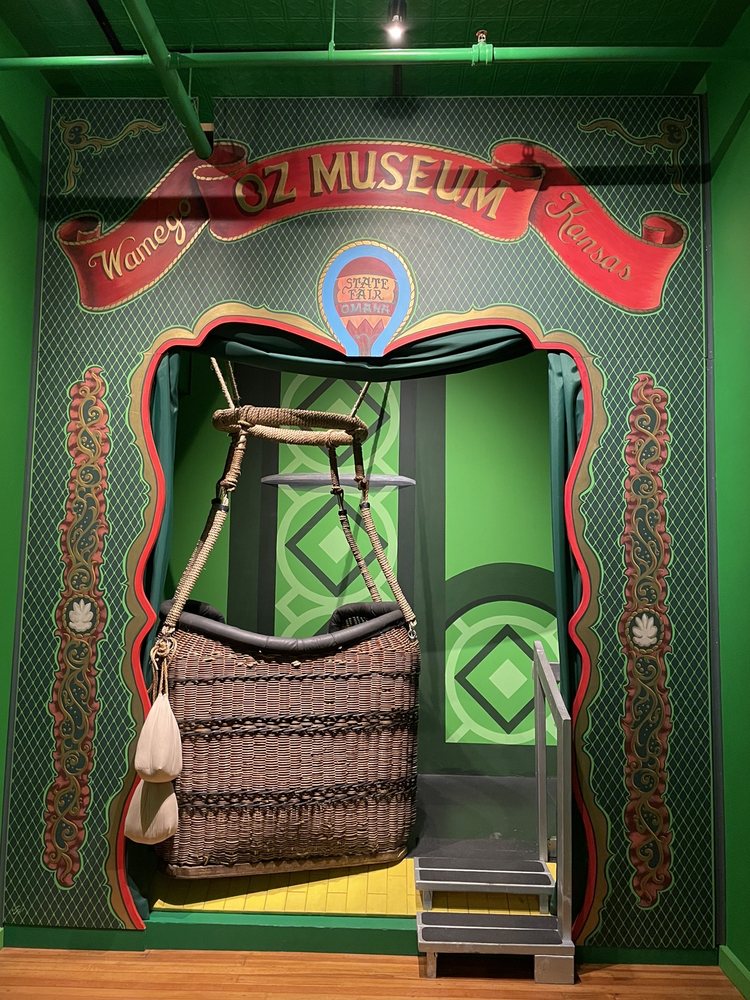 The OZ museum was built with a major grant from the State of Kansas and the generosity of the people of this small community, who also provided thousands of hours of volunteer time. The museum houses more than just memorabilia from the famous 1939 MGM musical starring Judy Garland! It encompasses earlier silent films, one of which starred none other than Oliver Hardy (Laurel and Hardy fame) as the Tin Man as well as "The Wiz" starring Diana Ross and Michael Jackson.

I've been to a lot of niche museums but The Oz Museum is my first one devoted to a movie. According to my Google search for the USA, there are just five such movies that have become such cultural... Read more

I took about a 40 minute detour to come visit the OZ Museum on my recent trip to Kansas. Overall, the staff seemed friendly and knowledgeable and I can see how those who are big fans of Oz might... Read more

Reviewed by
Lissa B.

Many people told us there wasn't anything to see in Kansas and we found it be quite the opposite! One of my favorite spots was the Oz Museum in the quiet town of Wamego. We were greeted by... Read more