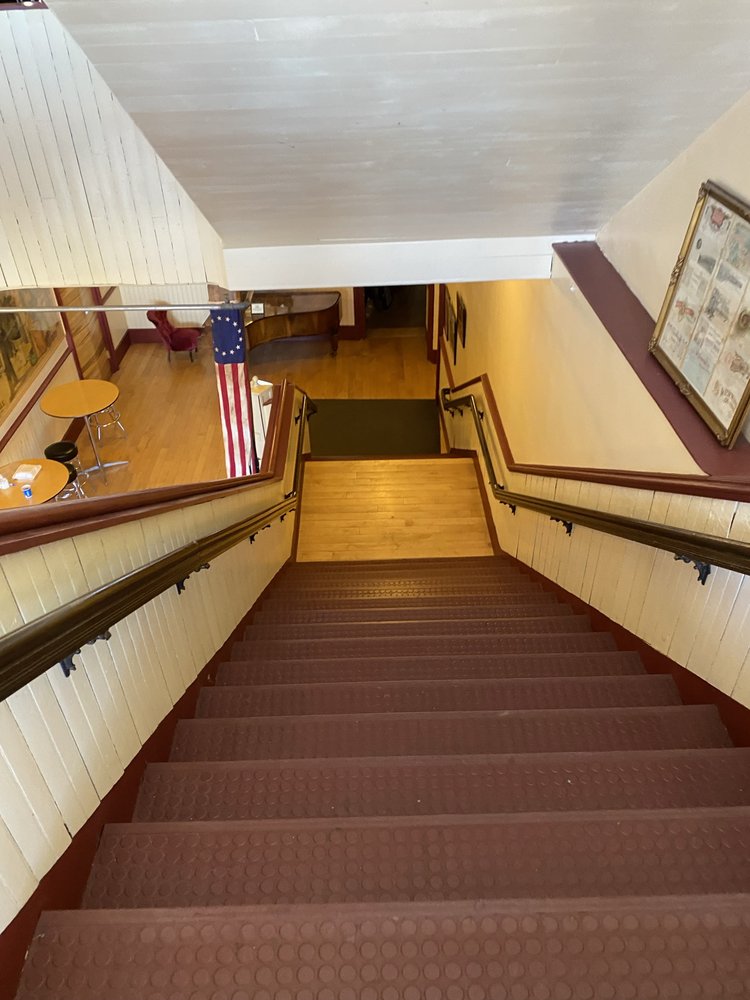 Piper's Opera House is a historic performing arts venue in Virginia City, Storey County, Nevada in the United States. Piper's served as a training facility in 1897 for heavyweight boxing champion Gentleman Jim Corbett, in preparation for his title bout with Bob Fitzsimmons. The current structure was built by entrepreneur John Piper in 1885 to replace his 1878 opera house that had burned down. The 1878 venue, in turn, had been to replace Piper's 1863 venue which was destroyed by the 1875 Great Fire in Virginia City. Mark Twain spoke from the original Piper's stage in 1866, and again a century later in the third venue, as portrayed by Hal Holbrook in his one-man play Mark Twain Tonight! A lynch mob hung a victim from the first venue's rafters in 1871. American theatrical producer David Belasco was stage manager at the second opera house before moving to New York City. Piper's opera houses played host to Shakespearean thespians such as Edwin Booth. Musical performers Lilly Langtry, Al Jolson and John Philip Sousa once performed here. In 1940, Errol Flynn auctioned off historic Piper memorabilia from the opera house stage, during a live NBC broadcast that coincided with the premiere of Flynn's new movie Virginia City.

Reviewed by
Amanda B.

Father daugher dance is always fun for the whole family! The girls hangout with their dad and the boy and I spend the day walking the town. Read more

I love the history of this historic building, it is very important for people to understand history to know what sacrifices where made so that we could enjoy the lives that we have today. To... Read more