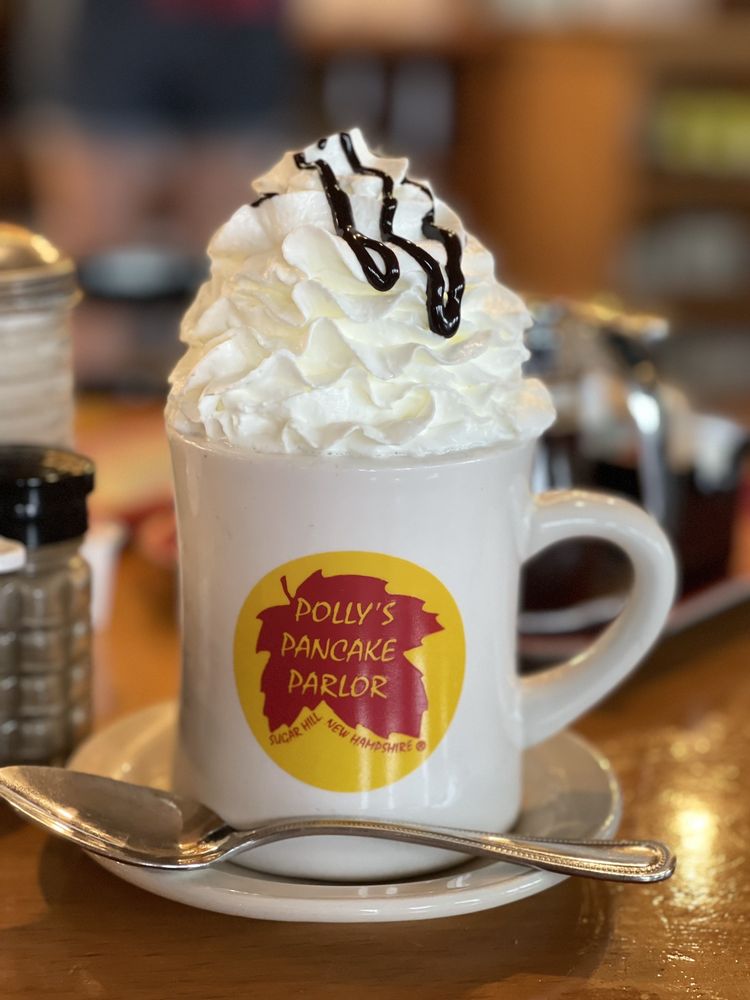 The building which houses "Polly's Pancake Parlor" was built about 1830. It was originally used as a carriage shed and was later used for storage of firewood. During the depression of the thirties Polly and Wilfred (Sugar Bill) Dexter converted the building to a small, quaint tea room (capacity - 24 people). When they started serving in 1938 they offered pancakes, waffles and French toast - "All you can eat for 50¢." The idea was to stimulate sales of their maple products. Polly and Will's daughter married Roger Aldrich in 1949 and in that year took over the management of "Polly's Pancake Parlor." Wilfred Dexter passed away in 1960 and in 1964 Polly followed him. Since that time Nancy and Roger have gradually expanded the operation from three months to six months and the dining room size has been increased three times.

Our go-to breakfast place, whenever we are in New Hampshire. Finally had a burger there, fantastic! Been there at least 10 times, never had a complaint. Call ahead. Seating is a must! Read more

Happened upon this renowned diner on my way back from The Frost Place... I'll admit, I was lost. ;) The hype intrigued me, so I stopped in. There was clearly a wait-and a sign on the hostess stand... Read more

A rustic classic that's been around since 1938. Large space. Open kitchen. Friendly hosts. There's a gift shop, but don't let that scare you off (after your meal, you'll realize it's a plus).... Read more