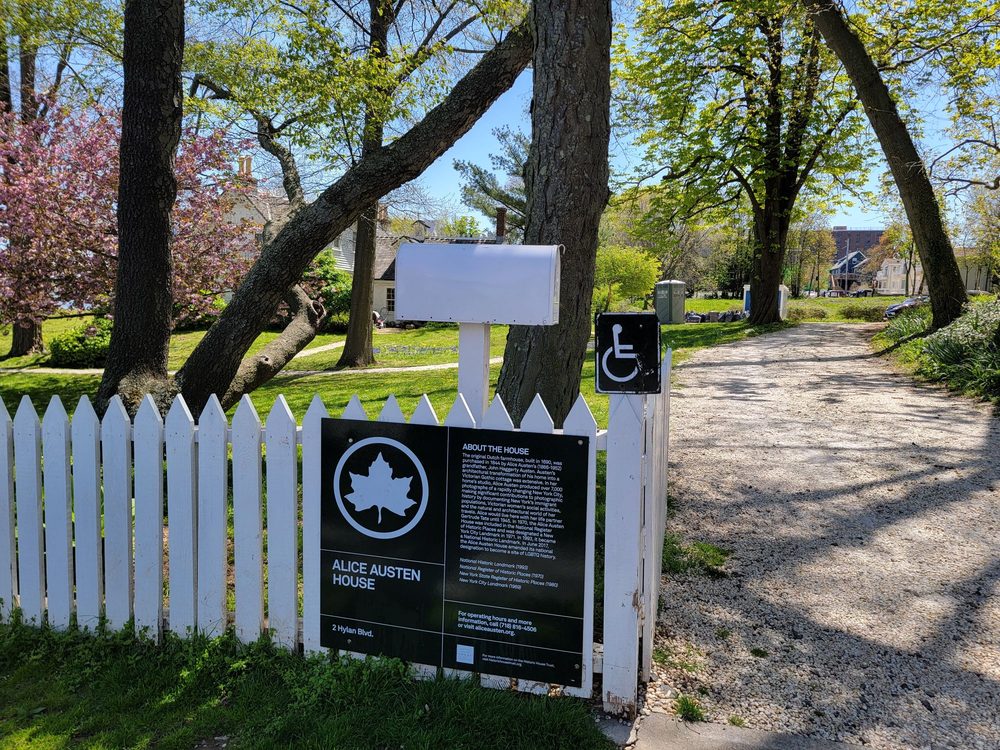 “home of america's earliest and most prolific female photographer”

Our mission has two parts. First, to advance public knowledge of the life and work of one of America's most prolific female photographers through a diverse range of public programs. Second, to encourage the preservation of the Austen family home. The Alice Austen House Museum promotes public awareness and scholarly study regarding the life and work of Alice Austen (1866 - 1952). Austen was one of America's earliest and most prolific female photographers, and over the course of her life she captured about 8,000 images. Though she is best known for her documentary work, Austen was an artist with a strong aesthetic sensibility. Furthermore, she was a landscape designer, a master tennis player, and the first woman on Staten Island to own a car. She never married, and instead spent fifty years with Gertrude Tate. A rebel who broke away from the ties of her Victorian environment, Alice Austen created her own independent life. Austen lived in “Clear Comfort,” a Victorian Gothic cottage that dates back to a 1690 one-room Dutch farmhouse. The house, which is one of the oldest in New York and was declared a National Historic Landmark in 1973, overlooks the New York Narrows and has a stunning panoramic view of lower Manhattan, Brooklyn, and the Verrazano Bridge. For good reasons the New York City Parks Department voted it one of the most romantic sites in New York.  Alice Austen was introduced to photography when she was 10 years old by her Uncle Oswald, who brought home an early-model dry plate camera from one of his many trips abroad. Alice showed immediate and natural ability. Through experimentation she taught herself how to operate the complex camera mechanism, judge exposure, develop the heavy glass plates, and make prints. By the time she was 18 in 1884, she was not only technically skilled but artistically accomplished as well.

Reviewed by
Dewan A.

Great spot. 1) The entry is through donation. Which is nice. 2) The museum is small, nut nice. 30 The area is also fantastic to visit. Read more

Wow, I really enjoyed this quaint museum by the water in Staten Island. Admission is suggested $3 which was truly worth more. The day I visited, they were setting up for a wedding outside. We... Read more

This small, intimate setting is a beautiful getaway from Manhattan. Alice Austen, much like many women photographers of her day, went unrecognized until her last days, and nearly died destitute.... Read more