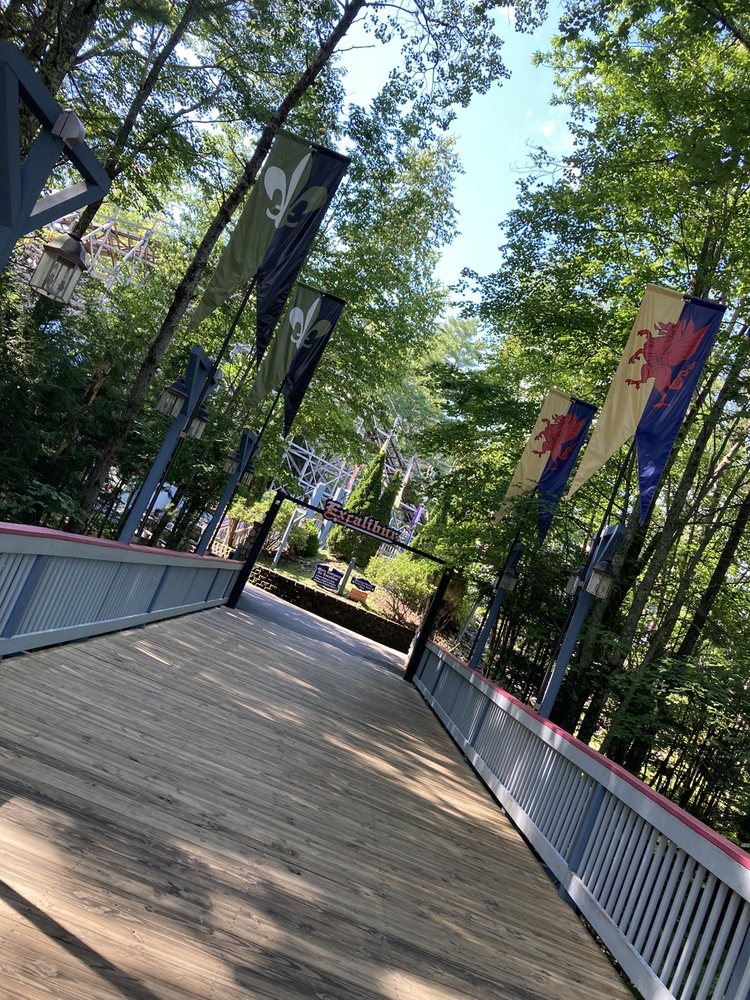 As Northern New England’s largest water and amusement park, Funtown Splashtown USA attracts families from around the region. The park is home to the Excalibur wooden roller coaster and Dragon’s Descent Turbo Drop; the largest and tallest rides in Northern New England. Also at the park are Thunder Falls Log Flume, Pirate's Paradise, and the Mammoth and Tornado water slides; the tallest and largest water attractions of their kind in Maine. New for 2012, the new Mount Olympus Water Slides featuring thrills unseen in Northern New England. For the less daring, there is the Thunderbolt, Wild Mouse roller coaster, Bumper Cars, Grand Prix Racers and the ever-popular Astrosphere, just to name a few. With nearly 50 rides, slides and pools, you will create memories that will last a lifetime.

I freaking loved Splashtown! Took our families here on a not so great summer day in Maine and we all had the best time! There was so much to do for all ages! There were so many epic water slides... Read more

Looking for an awesome family park that has something for everyone well this is totally it! This park was awesome we came here after 3 so that we could get in at a cheaper rate as we didn't... Read more

First time here since I was a boy. My sons, 11 and 8, had a good time at both parks. The lines were manageable and all were running. This was a pleasant surprise. Food is terrible and... Read more