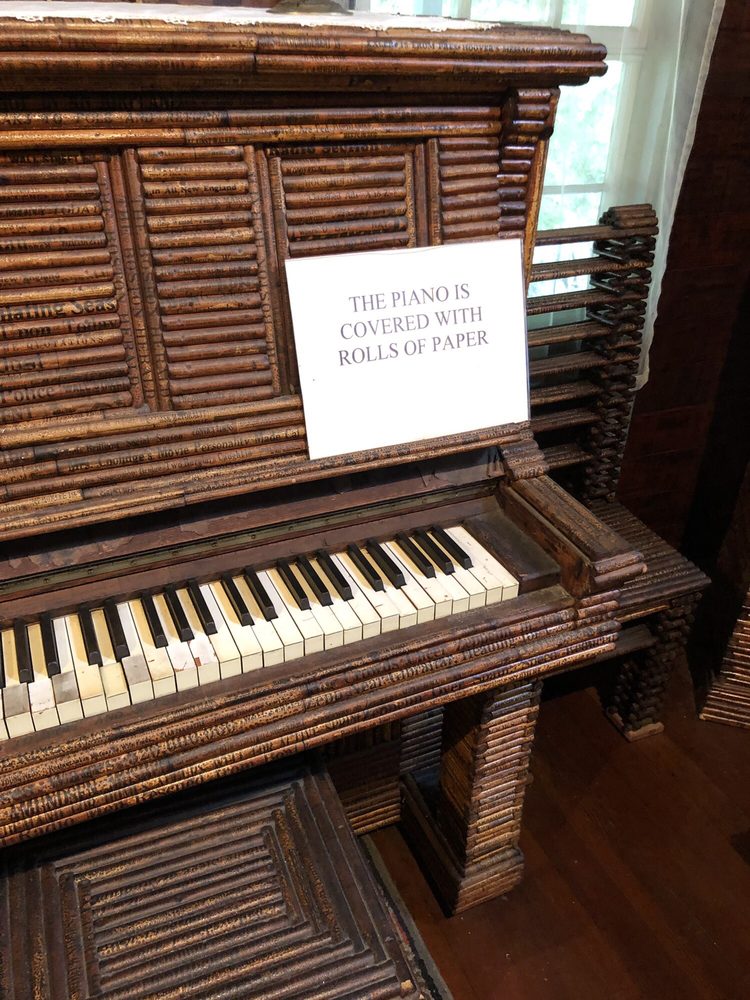 “made entirely of paper”

We've all heard the story of the Big Bad Wolf and the Three Little Pigs. It's a story that, above all else, taught us to build houses out of bricks. Well, Elis F. Stenman never listened to that story, and it's a good thing, because if he had paid attention, we might not have one of the world's weirdest monuments: The Paper House, a house made almost entirely out of newspapers. Back in 1922, Ellis F. Stenman, an electrical engineer, started building a home in Cape Ann, Massachusetts. In the beginning, it looked no different than any other normal home under construction, but when it came time to put up the walls, things went a little off the rails. Rather than go with the usual selection of wood, he figured, what the heck - let's try newspaper instead. Over the next twenty years, Stenman and his friends and family collected around 100,000 newspapers to complete the two-room home. Each wall is 215 layers thick, each layer individually pasted with a homemade mixture of flour, water, and apple peel glue.  But the pasting didn't end there. After successfully building walls out of paper, Stenman wondered what else he could create out of discarded newspapers, and wound up building everything from paper tables and chairs, to bookshelves, and even lamps. One writing desk is even covered with articles dedicated to Charles Lindbergh's transatlantic flight, one headline declaring "LINDBERGH HOPS OFF FOR OCEAN FLIGHT TO PARIS." In fact, most of the old headlines covering the home are still legible. In 1930, Stenman moved out of the odd little house, and it's been one of Massachusetts neatest little tourist attractions ever since. Today, Stenman's grandniece is in charge of the newspaper house, and for just $1.50 (or $1.00 for kids), you can step inside and marvel at it for yourself. -Roadtrippers It was built by Mr. Elis F. Stenman, a mechanical engineer who designed the machines that make paper clips, began building his Rockport summer home out of paper as a hobby. That was in 1922. The paper was meant to be good insulation. Eventually, not only was the house made of paper, but furniture as well, including some intricate and beautiful pieces.

I looked up unusual or quirky places to visit during my East Coast travels & came across this place. I knew I had to see it! The house is located in a regular neighborhood, honestly it was kind... Read more

Down a rural road in rural Rockport exists a house that's made of paper. And this house has a fireplace. Confuzzled? I'd say spoiler alert but it's all in the name - some bro who hit his prime in... Read more

Yes. A house made of paper. Located in a residential neighborhood in Rockport. Worth a quick visit while in the neighborhood. Takes about 15 minutes max to look around. Admission is on the honor... Read more