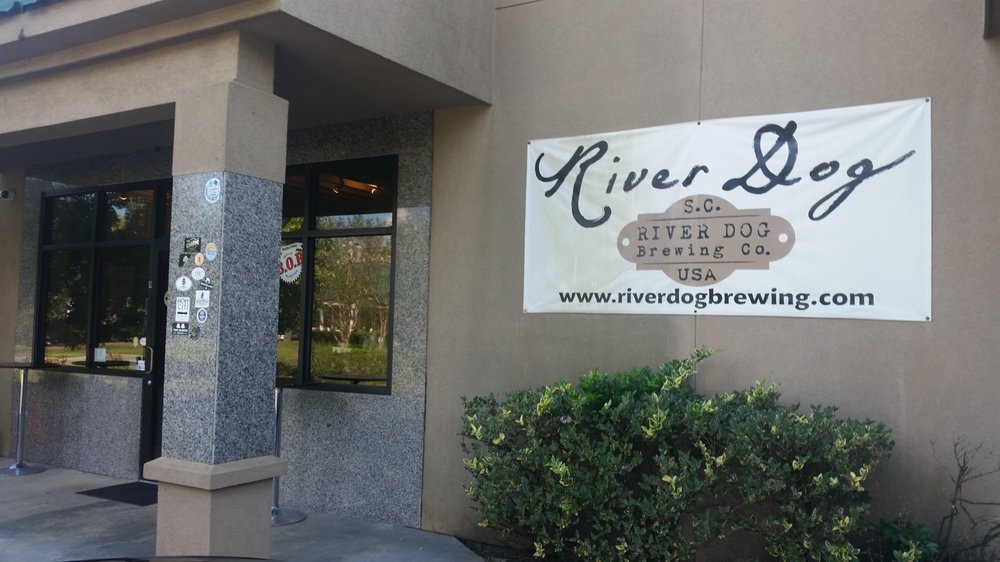 What happens when a couple of award-winning veteran home brewers begin testing the waters with patrons at a neighborhood wine bar in Bluffton, SC? The owners take immediate notice, swap their corks for taps, and set out to make a big splash in the craft brew industry. Transitioning from a small makeshift garage to a large new state-of-the-art brewery, River Dog Brewing Company is proving to the entire beer world that legendary beer can indeed be made in the South Carolina Lowcountry. Just like a River Dog, our team shares a love for adventure and is inspired by the notion that there are no boundaries. Our philosophy and approach to crafting beer is simple. We make beer that we are proud to share and excited to drink. Under the direction of Brewmaster James Brown, River Dog has managed to capture the flair and vibrancy of west coast brews, while using the scratch-made, slow-cooked style of the south. River Dog has unleashed a family of beers that embrace the heritage, character and soul of this great country’s original brewing pioneers. We make straightforward, assertive brews that will leave a lasting impression every time you try them. River Dog beers pay homage and respect to the spirit and courage of the American beer frontier.

We stopped in on a Saturday afternoon to visit this brewery for the first time while staying in the area. There were 12 brews on tap to select from. The beers were all quite tasty and had very... Read more

Came in on a Friday evening for a visit. Small table and bar area. Spaces out well. Friendly bartender and service was good. A great selection of beers. Me being an IPA guy I found several good... Read more

Do not sleep on this brewery! This small brewery just outside Bluffton packs a big punch and has some of the best beer in the area. Their Hazy IPAs were amazing and they have other styles that... Read more