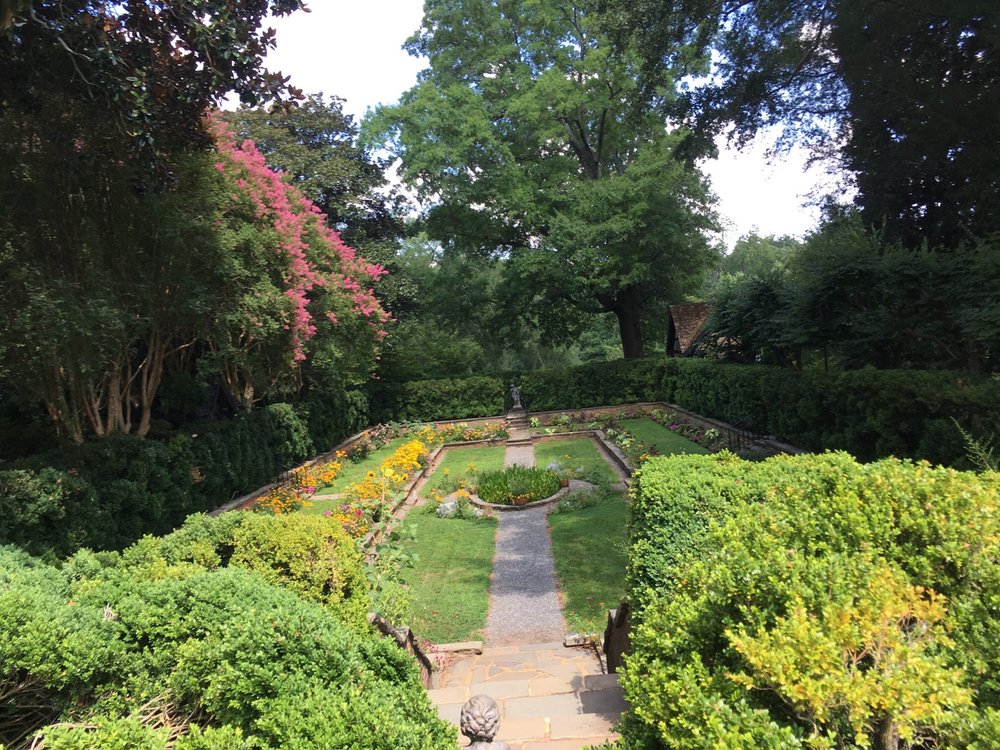 “actually built in Lancashire, England in the late 15th century”

On the rolling banks of the James River stands a remarkable Tudor estate. And by Tudor, we're not simply referring to an architectural style. This manor house was actually built in Lancashire, England in the late 15th Century.         For hundreds of years, Agecroft Hall was the distinguished home of England's Langley and Dauntesey families. At the end of the 19th century, however, Agecroft fell into disrepair, and in 1925 it was sold at auction.         Hearing of this tremendous opportunity, Richmonder Thomas C. Williams, Jr. purchased the structure, and had it dismantled, crated, and shipped across the Atlantic, and then painstakingly reassembled in a Richmond neighborhood known as Windsor Farms.         Today, Agecroft Hall stands beautifully re-created, in a setting reminiscent of its original site on Lancashire's Irwell River.

I'm enthralled with Agecroft Hall! It's been on my "must see" list for some time. I went years ago as a kid, but I've always wanted to go back! Pulling into the gates, I was in awe of the sheer... Read more

A historic Tudor manor in the heart of an upscale neighborhood in Richmond was built in the late fifteenth century. We enjoyed only the outdoor and garden part and it was very lovely. Read more

Reviewed by
Lee B.

Visited while taking a short trip to Richmond. Not only is the manor a fascinating piece of history but the tour guides do a great job making the tour fun and answering questions. I recommend the... Read more