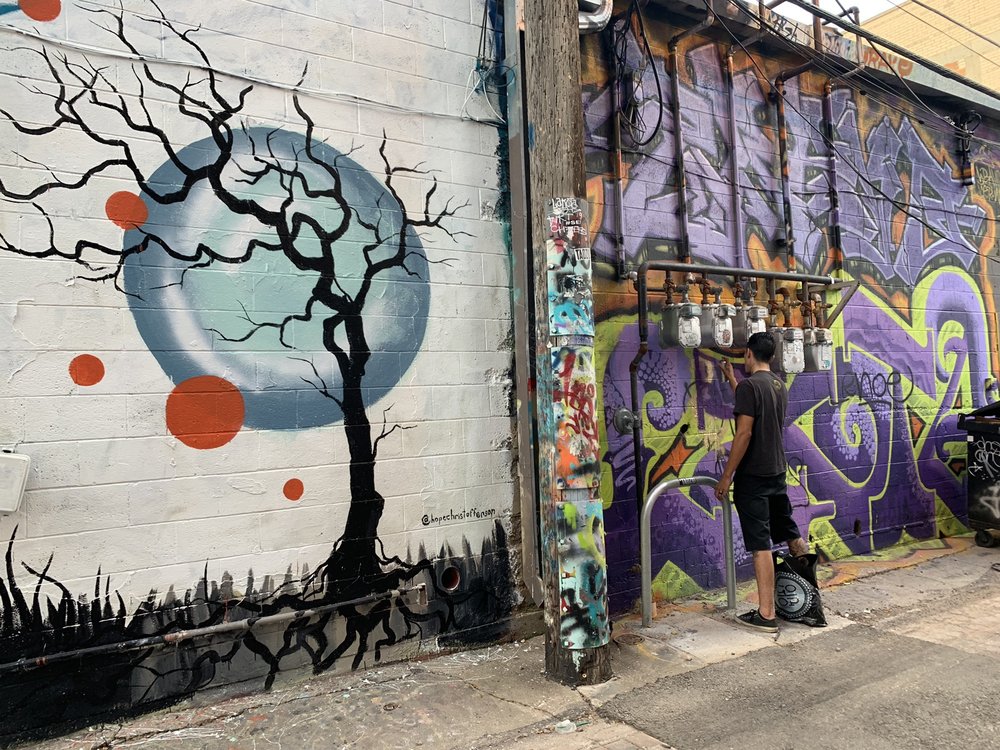 Art Alley is an alley in downtown Rapid City SD between Main Street and Saint Joseph from 6th to 7th Street. Rapid City (Lakota: Mni Luzahan Otowan; "fast water") is the second-largest city in the State of South Dakota, and the county seat of Pennington County. Named after Rapid Creek on which the city is established, it is set against the eastern slope of the Black Hills mountain range. The population was 67,956 as of the 2010 Census. Rapid City is known as the "Gateway to the Black Hills" and the "City of Presidents". The city is divided by a mountain range that splits the western and eastern parts of the city into two. Ellsworth Air Force Base located on the outskirts of the city. United States Army National Guard, Camp Rapid is located in West Rapid. In the nearby towns are Custer alongside Custer State Park, the Historic old west town of Deadwood is nearby. In the hills nearby Mount Rushmore and Crazy Horse Memorial are located.

In the alley that runs from Sixth to Seventh, the walls and stairs and dumpsters are an evolving canvas where artists share their stories and social commentaries. Honor Life. End Gun Violence.... Read more

SUPER COOL!!! this was SO awesome to walk through!! every time I expected the artwork to be over, there was more! also, every piece of art was 100% safe for work. Read more

I'm s big fan of street art. Being from the Bay Area this reminded me of home. Fun to see people's work. Read more