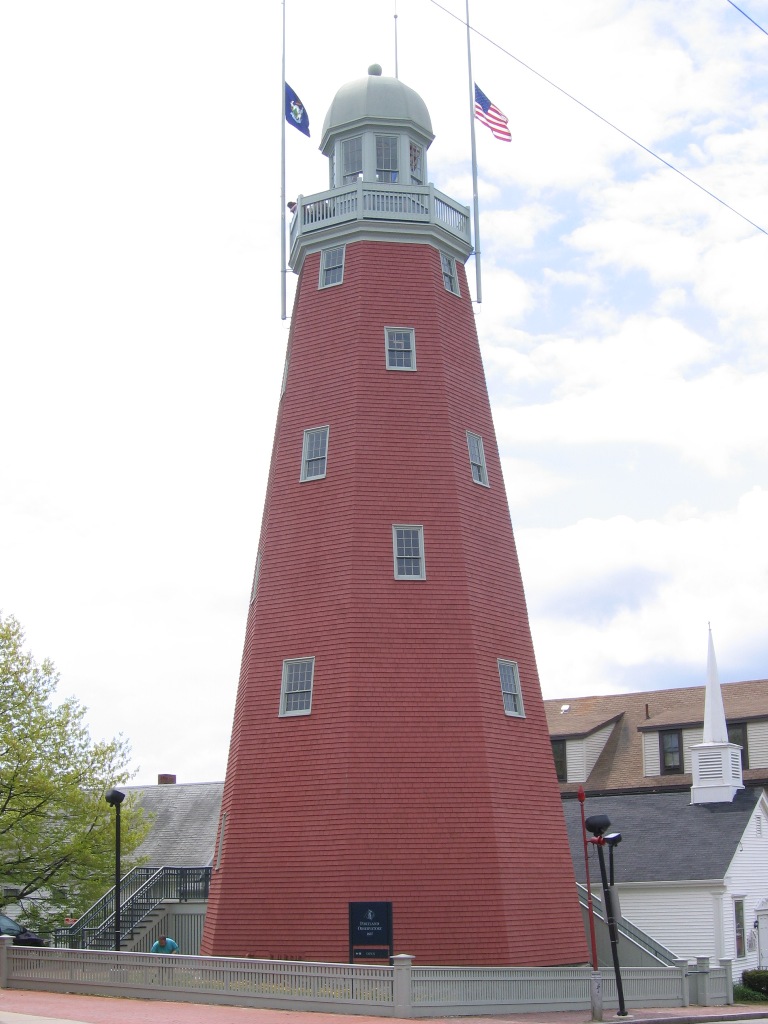 “the last surviving maritime signal tower in the US”

In 1807 Captain Lemuel Moody (1768-1846), ordered construction of this octagonal, 86-foot high tower on Munjoy Hill to serve as a communication station for Portland’s bustling harbor. It was a commercial venture designed to give a competitive edge to ship owners who paid Moody a subscription fee of $5.00 a year to alert them when their ships were arriving.

At the time, ships entering the harbor could not be seen from the docks of Portland until they rounded the point of land at Spring Point Ledge and were almost in the harbor.

With his powerful telescope at the top of the tower, sea captain-turned-entrepreneur Moody could identify incoming vessels as far away as 30 miles. Moody informed subscribing merchants by hoisting signal flags identifying their vessels.

This signal tower communication greatly increased the efficiency of Portland Harbor and the Observatory remained a working marine signal tower run by the Moody family until 1923 when the invention of the two-way radio made it obsolete.

The Observatory fell in to disrepair and was donated to the City of Portland. Restorations were done and the tower reopened in 1939.

The Portland Observatory is the only remaining historic maritime signal station in the United States. As an intact survivor from the Golden Age of Sail, the Observatory was added to the National Register of Historic Places in 1972, became a National Historic Landmark in 2006, and named a National Civil Engineering Landmark in 2006. It celebrated its 200th anniversary in 2007.

Wonderful little spot. My kids 11 and 5 really enjoyed it. The volunteers were friendly and the history fascinating.

Be the first to add a review to the Portland Observatory Museum.