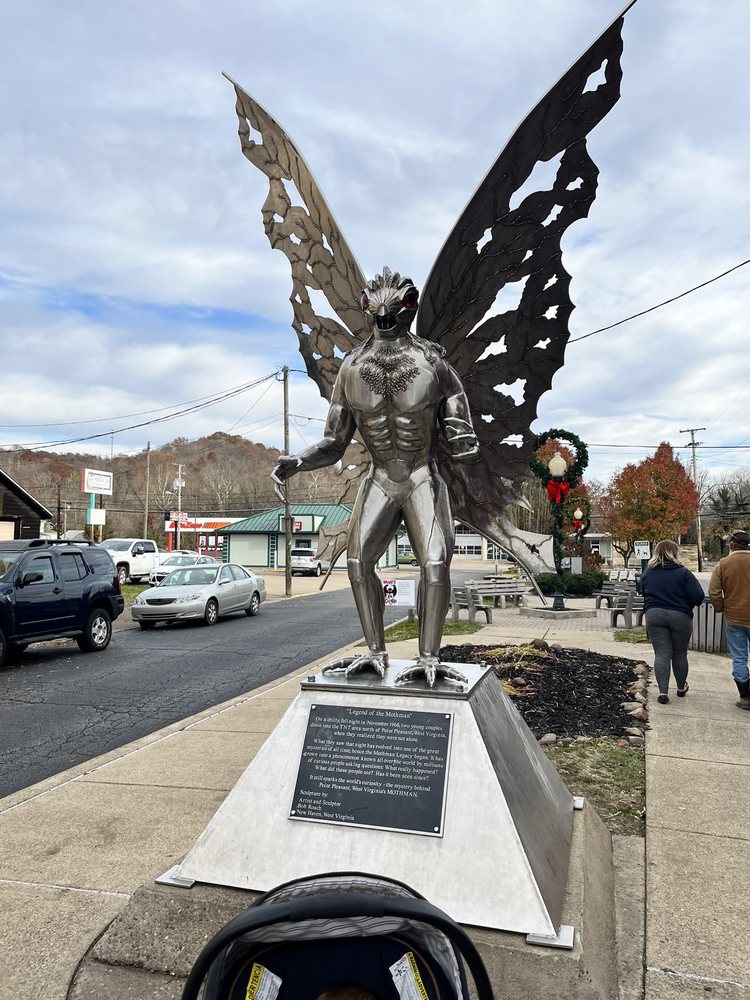 “the world's only Mothman museum”

See the largest collection of props and memorabilia from the movie The Mothman Prophecies--in the town where the Mothman sightings and encounters actually occurred.” Tours, merchandise and museum. The film "The Mothman Prophesies" was not only filmed here but based on the local Mothman legend. A museum full of movie props from The Mothman Prophecies movie.  Rare hand written accounts from November 15th 1966 from eyewitnesses. Rare John A. Keel draft and a letter from Robert Kennedy to John Keel. Newspaper articles from the time period when the Mothman was seen.  Along with UFOs, Crop Circles, Cattle mutilations and Men In Black. We are open everyday 12:00 PM to 5:00 PM. Closed on major Holidays. General admission: Ages 11 and up $3.00 each and children 10 and under $1.00. Military discounts available

I was in West Virginia so of course I had to visit the Mothman Museum. It's pretty similar to the Cryptozoology Museum in Portland, Maine. Definitely don't expect to have your socks blown off by... Read more

Underwhelming. Wouldn't let stopped if we knew how small it was. Coolest part is the gift shop, which doesn't require an entry fee. The "Museum" is just a collection of letters, and random stuff... Read more

Had to stop by on my way up to Parkersburg. Amazing place and Veteran rate of $1 for the museum fee. A lot of merch to purchase and a fun time that is a quick visit! Read more