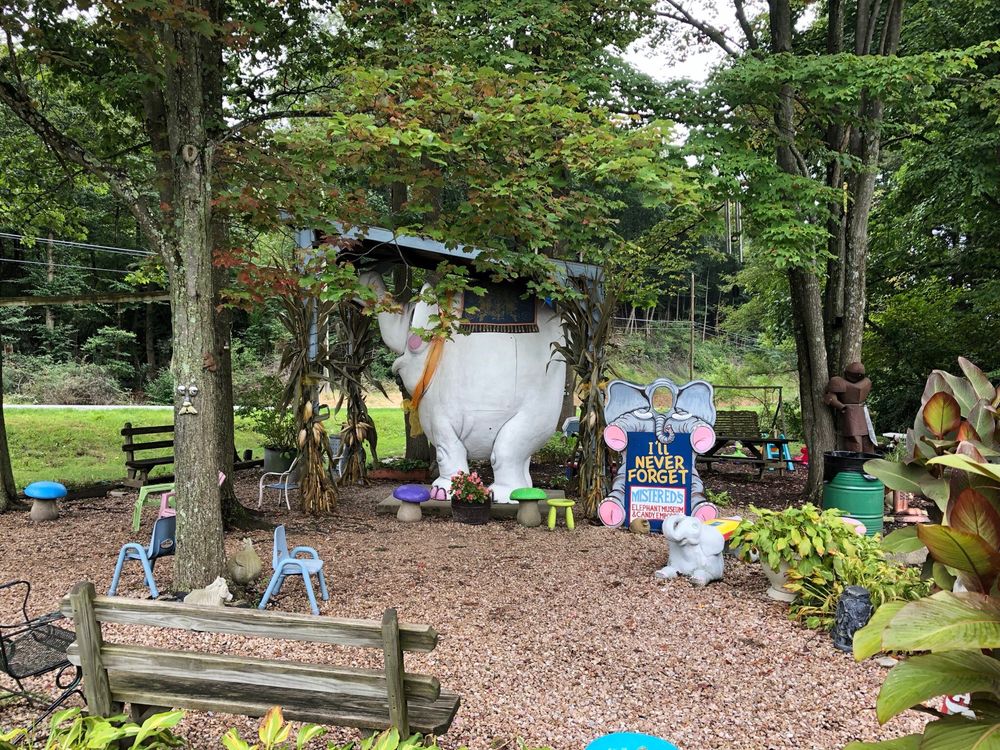 Billed as the “Gettysburg area’s most unique attraction,” Mister Ed’s was opened by “Mister Ed” Gotwalt in 1975. He sold the business to his granddaughter Nicole and her husband Isaac in 2014.

The 82-year-old Mister Ed is something of a local celebrity—he stayed up 76 hours during the nation’s bicentennial and stages elaborate Fourth of July fireworks displays and Christmas celebrations. He received his first elephant as a wedding gift and the collection grew as he started to receive elephants as gifts and donations. The museum part of the general store can be viewed free of charge and now contains more than 12,000 elephant figurines.

In July of 2010, the store caught fire and was destroyed. More than 2,000 elephants were lost in the fire, but Gotwalt received thousands of donations from across the world and opened a new store in February of 2011. Outside the store is an elephant graveyard, full of the broken bits of figurines that couldn’t be saved.

We just accidentally came upon this magical place on our road trip. First thing I see is this gigantic colorful elephant and I am like a two year old. Two things make me extremely happy,... Read more

We drove by and were so intrigued that we turned around and went back. I'm so glad we did! From the whimsical yard to the candy to the homemade fudge to the friendly people to the clean... Read more

Museum for Elephants, candy all over, homemade fudge, tea museum on site, whimsical enchanted forest decorated beyond belief. This place truly is a breathe of fresh air. Mugs that have cute... Read more