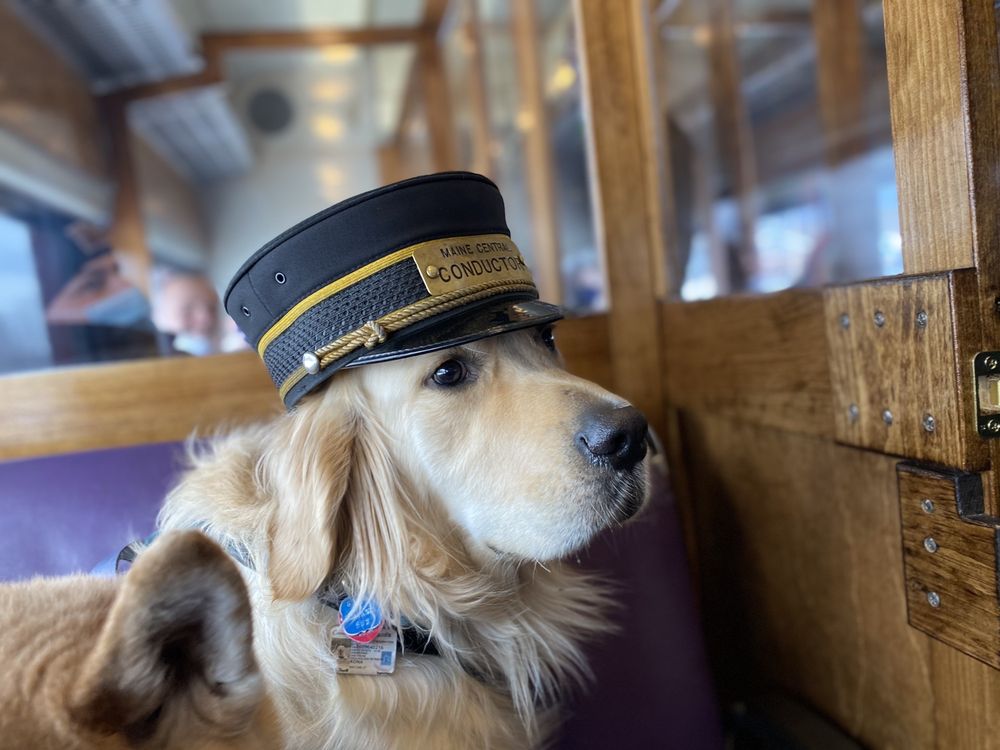 Until a decade after the end of the Civil War, stagecoaches were the preferred method of transportation to the North Conway area. The rail line from Conway to North Conway was completed from Conway on June 3, 1872, during the administration of President Ulysses S. Grant and extended to Intervale in October 1874. That same year, the Portsmouth, Great Falls and Conway Railroad built the North Conway station. Noted architect Nathaniel J. Bradlee of Boston designed the beautiful structure, which has changed little since it was built. The station measured 30 feet by 100 feet and housed separate men's and ladies' waiting rooms, a ticket office, baggage room and restrooms. Two curving mahogany staircases led to offices in metal sheathed domed towers on the second level. An E. Howard, eight-day clock was installed in the face of the building facing the park.

What a great way to dive into history first hand and enjoy the local scenery as well! I booked my ticket online 30 mins prior to departure and upon arriving my ticket was already printed and... Read more

Hot Mess Express!! Before reading further, I must say the staff was excellent. Everyone was kind and polite. Really lovely. The ride itself was the issue. My husband and I came to New Hampshire... Read more

We decided to go to New Hampshire to see the foliage this year. We thought that a train ride would be a great way to see Fall in all its beauty. We were able to see the mountains, trees, streams,... Read more